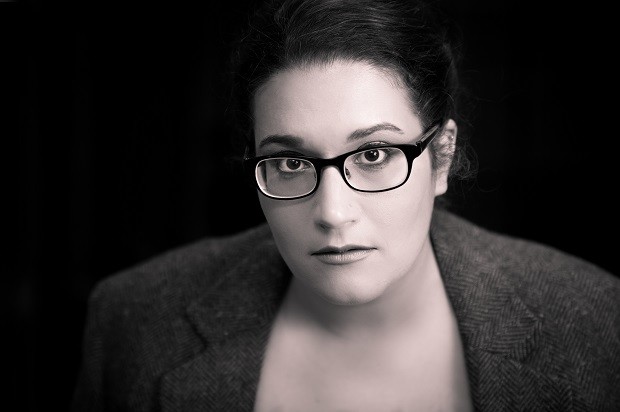 Just ask author Junot Díaz. Machado confronted the acclaimed author at a live Q&A event and inquired about some troubling misogynistic tones in his work. The two then had an uneasy exchange with Machado standing her ground, citing specific passages.

When Díaz was later accused of sexual misconduct and misogynistic behavior, Machado took to Twitter to share her account of the encounter and to show support for the victims:

During his tour for THIS IS HOW YOU LOSE HER, Junot Díaz did a Q&A at the grad program I'd just graduated from. When I made the mistake of asking him a question about his protagonist's unhealthy, pathological relationship with women, he went off for me for twenty minutes. https://t.co/7wuQOarBIJ

Machado for her part has left the episode behind her, telling WPR’s "BETA":

"I think I’ve said what I have to say about it. I also think it’s not really about me and I sort of want to make sure that conversation is directed toward the women who specifically he victimized," she says. "I had this interaction with him, it was very unpleasant. I think it said a lot about who he is as a person, as an artist, but I think I’ve already said everything I kind of have to say about it." In her award-winning and genre-bending collection of short stories, "Her Body and Other Parties" Machado’s narratives become important representations in literary fiction for women and give voice to female empowerment and sexuality.

The collection is a startling and provocative look at the violence inflicted upon the bodies of women and arrives during a cultural storm surrounding issues of gender, identity and self.

"I think that this book helped me sort of answer questions about how do I exist in the world as a woman, as a fat person, as a queer person?" Machado said. "How do I occupy my own space and like how do I give myself that space and how do I take that space?"

"By writing (these) stories I managed to get at some kind of thesis, and I think that’s really going to help me as an artist, as a thinker move forward in my work," she continued.

Machado is not afraid to take back that space and to re-imagine traditional representations of women and sexuality in literature.

"It’s often men — straight men — who get to write that way and usually women themselves are demeaned and reduced in a way that’s not interesting or sexy. So, I decided that I wanted to write stories with women — queer women — having sex and just living their lives," she said. "The sex sometimes being great and sometimes being okay and sometimes being bad, but being a lot of things at once."

Machado is unabashed about her work’s voice and is not concerned if it does not speak to a majority demographic.

"If you’re like missing stuff ... a joke you don’t understand or a space you don’t quite occupy, that’s OK," she said. "You just have to learn to be comfortable with not knowing everything and not having everything be for you."

Machado was inspired by the works of author Kelly Link. The "Magic For Beginners" author was instrumental in "rearranging (Machado’s) DNA" as a writer by breaking genre boundaries.

"The writing that I most love is that it moves very freely between these categories and defies these easy boxes," Machado says. "There’s something so freeing about that and I remember returning to my work that I was working on at the time and suddenly having a sense of how I wanted to write my stories."

Machado also has an uncanny ability to tell her stories in a hyper-visual way.

"Actually I was a photography major in college, so I’m very visual," she said. "I’m a very visual thinker and I feel like a lot of times the way my mind categorizes things and observes things is very physical, very concrete. So, I think that’s just the way my brain works."

Her visual writing style makes it unsurprising that the book is in development for an upcoming anthology series.

In addition to gender and sexuality, Machado also explores issues of race in her writing, but it's an area that has been challenging for her.

"I am a non-white woman who presents as white, so my own relationship with race is something that I think about a lot. I’m interested in writing about it, but I want to do it right," she said.

She discovered this recently while fleshing out a new story.

However, Machado confronts this challenge head-on with her typical fearlessness: "What you’re afraid of as a writer is sort of a good place to aim for. When you do that, you realize something. Your brain is telling you something. If you’re afraid to go for something then you should definitely dive into it because that’s where all the interesting stuff is going to be happening."