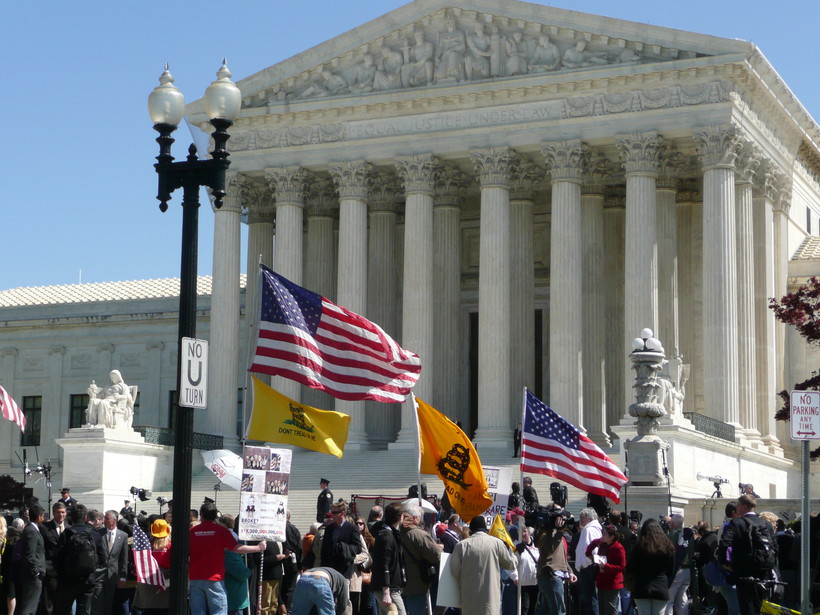 With the death of Justice Antonin Scalia, some presidential candidates are vowing to nominate a judge to the court who would likely overturn the Citizens United ruling, which protected political donations as free speech. But David Cole, a professor of law and public policy at the Georgetown University Law Center, said that kind of change would be better-served through a grassroots movement.

Cole's belief stems from the research he did for his new book "Engines of Liberty: The Power of Citizen Activists to Make Constitutional Law." He found that the two most successful constitutional reforms of the past 40 years came from the marriage equality movement and the NRA’s efforts to expand the rights for individuals to bear arms. In both of those examples, the grassroots growth of a public consensus is what led to change, Cole said.

"Historically, the court has not generally differed dramatically from where public opinion is," said Cole.

Decades ago, both the idea of expanded gun rights and marriage equality were unpopular, said Cole. But leaders in both camps didn’t file federal lawsuits or petition for new Supreme Court justices. Instead, they started changing laws in states that held sympathetic views and galvanized public support in a variety of ways. Soon, they began to see their base of support slowly build in regions and then throughout the country.

When cases related to those issues did come before the Supreme Court, the justices still possessed the same ideological makeup as they had in past rulings. However, public sentiment had shifted, and was too powerful to ignore.

"It was the force of people working together through these organizations outside of the courts that made it possible for the exact same argument, which was rejected as completely insubstantial in (years past), to be successful in (later years)," said Cole.

He added, "I think that is really the model for constitutional reform today."

The good news for proponents of campaign finance reform, said Cole, is that while Americans are divided on many issues, they overwhelming despise the Citizens United ruling: Polls show that about 80 percent of Americans think the decision should be overturned.

"So if campaign finance reform activists organize and engage strategically in a range of reform measures, I think principally at state and local levels, I think we have a very good chance of seeing Citizens United radically cut back, if not overturned altogether in our lifetimes," said Cole.