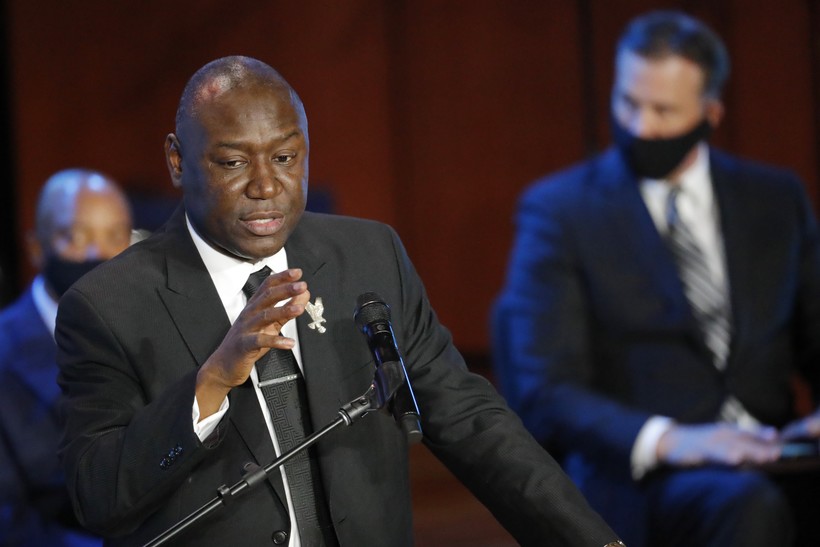 The attorney representing the family of George Floyd has joined calls for Milwaukee officials to release body camera video related to the death of a Milwaukee man after a fight with an off-duty police officer earlier this year.

Attorney Benjamin Crump has joined other attorneys in representing the family of Joel Acevedo, a Milwaukee man who died in April after a fight occurred at the house of Milwaukee police officer Michael Mattioli.

Mattioli, who is currently suspended from the Milwaukee Police Department, is accused of choking Acevedo and faces charges of first-degree reckless homicide. He had his initial court appearance on Wednesday.

During a rally outside the courthouse live-streamed by WISN-TV on Wednesday, Crump compared Acevedo’s death to that of George Floyd, who died while in a chokehold by a now former Minneapolis police officer.

Crump said it took video of the incident for officials to take action in the cases of George Floyd and Ahmaud Arbery, whose family Crump also represents.

According to the criminal complaint, body camera video from officers responding to the scene shows Mattioli straddling an unresponsive Acevedo with Mattioli’s "full body above the waist of (Acevedo) and Mattioli’s upper body is wrapped around the head area of (Acevedo).”

Acevedo’s family and their attorneys called for the video and a recording of the 911 call placed by Mattioli to be released to the public.

They were joined by the families of other people of color who died in police-involved incidents in the Milwaukee and Racine areas.

Maribel Acevedo, Joel’s mother, said officials haven’t released the recordings because "it is evidence of truth."

"I am tired of these officers having these false, false narratives to justify their crimes. I stand here together with these mothers, that we’re losing our children over these officers who are abusing their authority. We are tired and we want change," Acevedo said.

Acevedo and Crump also called for two other men at Mattioli’s house to face charges.

According to WISN-TV, prosecutors have said they do not want to release the recordings to protect the potential jury pool.

A preliminary hearing for Mattioli is set for July 13.

How To Stop Ransomware Attacks? 1 Proposal Would Prohibit Victims From Paying Up
University Of South Carolina President Resigns After Plagiarizing Commencement Speech
National Gallery Of Art Rebrands To Emphasize The 'National' In Its Name
What Is 'Black Fungus'? And Why Is It Spreading Among India's COVID Patients?
During The Pandemic She Whittled Away At The Isolation By, Well, Whittling