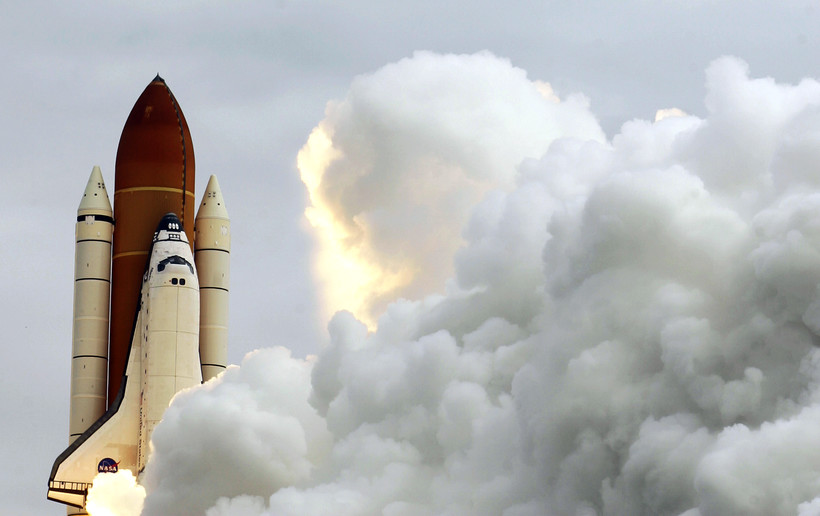 The space shuttle Atlantis lifts off in May 2009 at the Kennedy Space Center in Cape Canaveral, Florida. In Wisconsin, space enthusiasts can explore history, learn about astronomy at UW-Madison’s Space Place. Chris O'Meara/AP Photo

At Space Place, the education and public outreach center of the University of Wisconsin-Madison Astronomy Department, visitors of all ages can gaze at the stars, join the countdown to a total solar eclipse, hobnob with prominent space scientists and build a telescope.

Space Place offers both the general public and schools a wide variety of astronomy and science education programs. The center grew out of UW-Madison's long and illustrious record of participating in space exploration.

"UW-Madison has a long history, going back almost to Sputnik, of participation in space science," Lattis said. That exploration encompassed not just astronomy, but also meteorology, he added.

On display at Space Place are artifacts of that bygone era.

"Many of the things have actually been in space and come back," Lattis said. "We like to show those off … people like seeing something that was once part of the Hubble Space Telescope for example."

Some of these artifacts are used as teaching aids, Lattis noted.

Regular public events include a monthly update on what’s going on in the night sky, along with an evening of star gazing – weather permitting – up on the Space Place observation deck. There is also an amateur radio center where visitors can hang out with ham radio operators and even talk on the radio.

But Space Place also stretches beyond its physical perimeter to include a scale-model solar system, called Planet Trek Dane County.

Stretching from the Space Place building to Mount Horeb, "you can bike through a scale model of the solar system along the bike paths out there and get literally immersed in a solar system experience out there," Lattis said. "Maybe not this time of year, but (it’s) a great project in summer."