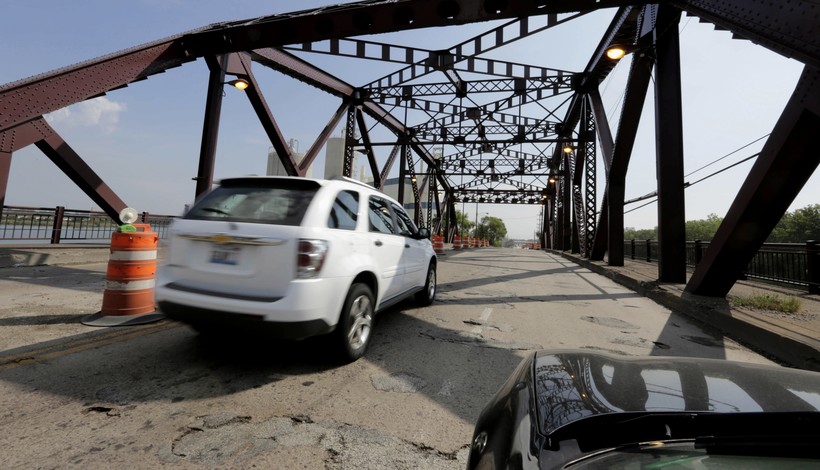 Is 'Asset Recycling' A Fix For Wisconsin Infrastructure Needs?

Partnerships between private entities and public institutions can foster developments that would otherwise never get off the ground.

Take, for instance, the Pablo Center at the Confluence in Eau Claire — a $60 million, 142,000-square-foot arts center that opened in September and was made possible with funding from the state, county and city, as well as millions in private donations.

Those public-private partnerships are now being harnessed in a different way in some states through a practice called asset recycling, which is a possible fix for the state and nation's aging infrastructure, said Robert Poole, author of a report published in mid-November from the Reason Foundation, a Los-Angeles based Libertarian think tank, where he is director of transportation policy.

Asset recycling is a model where governments lease or sell assets that produce revenue — these could be water/sewer systems, toll roads, airports — to private companies, who would be responsible for maintaining and potentially upgrading the facilities. The private company pays the lease upfront, and the governing body can then redirect those funds to upgrade unfunded infrastructure needs, such as street repairs.

A benefit to the company leasing is that it would collect any revenue generated by the leased facility.

"This is not the whole answer, but could be part of the answer," Poole said.

It's one option to consider, said Jerry Deschane, executive director of the League of Wisconsin Municipalities, especially because some of the systems that communities rely on were installed half a century ago or more. For a lot of cities, the answer to crumbling infrastructure is to just hope it doesn't break, he said.

"The deferred maintenance is frightening," Deschane said. "From roads to sewer systems, this is a great cause for concern."

According to the 2017 Infrastructure Report Card, published by the American Society of Civil Engineers, nearly 9 percent of Wisconsin's bridges are structurally deficient, there's $15 million in unmet needs for parks, there's an estimated $1 billion in drinking water infrastructure needs and 27 percent of its public roads are in poor condition.

But the state just doesn't have many options to combat this. Because the Legislature sets revenue options that are available to local governments, there's not much municipalities can do to raise funds apart from property taxes and potentially implementing a wheel tax, which some counties have recently levied.

"It's a very unpopular tax, but we've reached the end of our rope," Deschane said. "We have to do something. Nothing is not the answer anymore."

The wheel tax is a "bad Band-Aid," Deschane said, but voiced some optimism about the state Legislature offering up more funding for roads. Additionally, it's good news that the cost of borrowing is relatively low.

Although so far unused in Wisconsin, asset recycling was successfully modeled in a lease of the Indiana Toll Road, which earned a $3.8 billion upfront payment, Poole said. The private sector paid for repaving and modernizing of the service plazas, as well as electronic toll collections. Additionally, the state got millions worth of highway improvements out of the partnership.

The lease agreements between the public entity and private business are lengthy and regimented, and require that the lessee keeps the asset "properly maintained and fully operational, as well as returning the asset in excellent condition at the end of the lease," the report by Poole states. "Private operators are fully incentivized to make the investments when they need to be made in order to keep customers happy, avoid any performance penalties or risk termination of the concession and the asset returning to the state."

But not everyone is convinced such a model is viable.

Jay Winzenz, finance director for the city of Eau Claire, said leasing public facilities through a public-private partnerships, or P3s, can work well, but he is critical of privatizing public assets.

"The reason local governments were originally formed was to provide services necessary for public health and safety that the private sector was unwilling to provide because they couldn't make money at it," he said. "Now somehow they can?"

Deschane, too, approaches the idea of asset recycling with caution, saying while leasing out publicly-owned assets might be a good idea in some cases, there's numerous details that need to be considered.

He cited an example during the last legislative session of a proposal that would make it easier for municipalities to sell water systems to a private party, which garnered mostly negative reaction from the league's nearly 600 member villages and cities.

"It's not that they'd say 'no' to it — at this point we have to look at every option — but local officials are very much aware these are public assets," he said. "They view it as something they're stewards of."

But the contract between the municipality and the lessee attempts to protect the consumer, in part by spelling out limits on the lessee for changes such as rate charge increases, Poole said. There's also an option for the municipality or state to terminate the agreement.

Poole said he understands the argument that privatizing public assets could be a slippery slope. But he views asset recycling, and encouragement in general for public-private partnerships, as a compromise that Republicans can offer to Democrats in exchange for accepting the latter's insistence on new federal spending. Both options could get the nation closer to addressing its infrastructure needs.