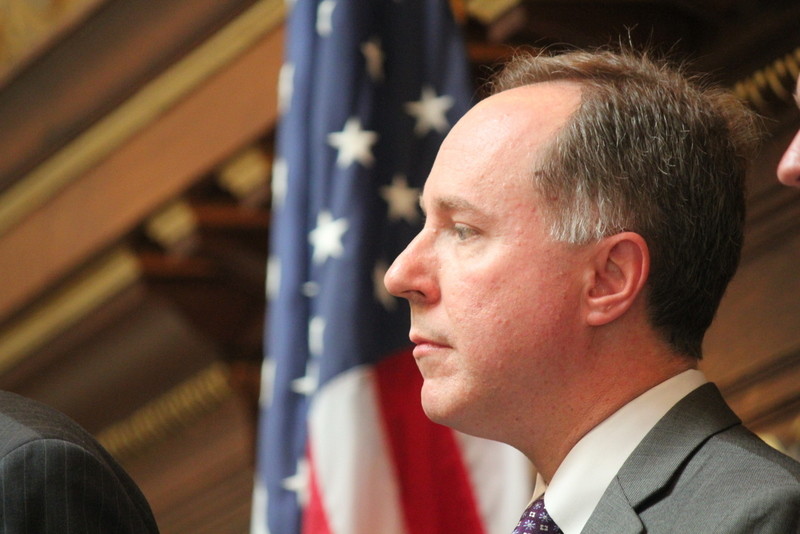 Vos: Children Who Cross Border Should Be Located In Southern States
By Shawn Johnson
Share:

ListenDownload
Commentators Divided Over Speaker's Letter Asking To Keep Refugee Children Out Of Wisconsin
Who Are The Children Of The Migrant Crisis?

The Republican speaker of the state Assembly has asked the U.S. Department of Homeland Security to look elsewhere when federal officials search for states to house refugee children coming across the U.S.-Mexico border.

In a letter to Homeland Security Secretary Jeh Johnson, Assembly Speaker Robin Vos and three other GOP state lawmakers wrote that they were aware of efforts by the federal government to temporarily provide shelter to hundreds of unaccompanied minors who crossed the U.S. border.  The letter asks that Homeland Security officials to discontinue its search for temporary placement in Wisconsin and look instead for locations in states along the border.

Vos said that he thinks it improves the children's chances of reuniting with their families.

"I have a great deal of empathy," Vos said. "I can't imagine the world that these kids are living in.  And I think it's tragic.  But, I certainly think that we'd want to have them close to the border so that we have an opportunity to reunite them with their families as quickly as possible. And do it right there where you can do it in a large-scale way."

Vos said that he's concerned that children who relocate in Wisconsin will end up staying here, where they would in essence become "wards of the state," giving them access to free health care and other benefits paid for by state government.

"We do not want to have the United States of America opening up a welcome mat to say, 'We're going to take care of the entire world's ill,'" Vos said. "We just can't afford it.  We have to figure out a way to make sure we take care of those who are living in America."

Milwaukee Mayor Tom Barrett and Madison Mayor Paul Soglin -- both Democrats -- said earlier this month that they were talking with federal officials about housing children in their cities.  Barrett said this was a humanitarian crisis, and it was the right thing to do to make sure these children are safe and healthy until legal issues are resolved.