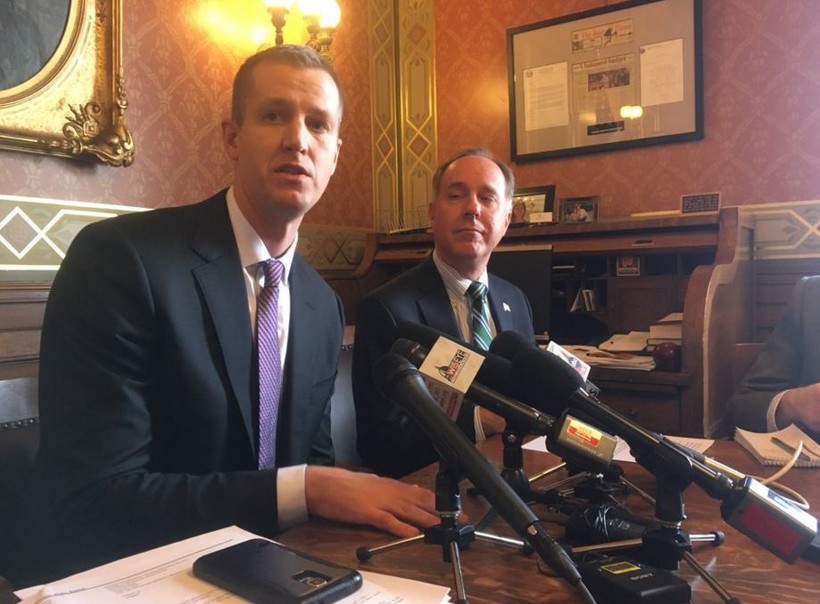 Rep. Dale Kooyenga, a sponsor of the bill, speaking at a press conference before Tuesday's Assembly session.

The state Assembly has passed a bill that would increase the monetary compensation the state can award to people sent to prison for crimes they did not commit.

The bill would increase the maximum payment to people who have been found to be wrongfully convicted from $5,000 per year of prison time served to $50,000. It would also make them eligible for state health insurance.

Rep. Dale Kooyenga, R-Brookfield, is the lead sponsor of the measure. He said the bill doesn’t provide justice to people who served times for crimes they didn't commit, but that it at least gives them the chance to for a fresh start.

"What this bill does, is it recognizes that even in Wisconsin in the year 2016, every now and then, our justice system breaks down," he said.

The bill passed the Assembly unanimously, 98-0, and will now move to the Senate.