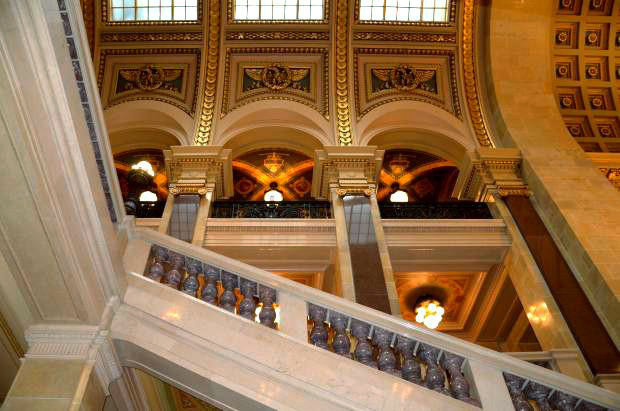 A Republican-backed bill dissolving Wisconsin's unique nonpartisan elections board has cleared a legislative committee, making it available for a vote by the full Assembly.

The Assembly's elections and campaign committee passed the measure to replace the Government Accountability Board Thursday with Republicans in support and Democrats against.

That's despite the most recent state audit of the GAB, which found no major problems. At a separate committee hearing Thursday, ostensibly called to discuss the audit findings, GAB members found themselves on the defensive against lawmakers who favor scrapping the agency.

Members the Joint Legislative Audit Committee focused on better documentation of investigations authorized by the GAB. There was also intense questioning of agency Director Kevin Kennedy by Republican lawmakers, including Rep. John Nygren and Sen. Alberta Darling. Some of the back and forth related to the board's compliance with statutes; the GAB's impartiality was also questioned.

That prompted a strong rebuke by Democratic Sen. Kathleen Vinehout.

"Some of the members of this committee are on a witch hunt to justify what is not here," Vinehout said. "We just heard from state auditor. They are not recommending structural change in the GAB. It's not recommending disbanding the GAB."

The bill to replace the GAB with two separate commissions could receive a full Assembly vote as early as Tuesday.