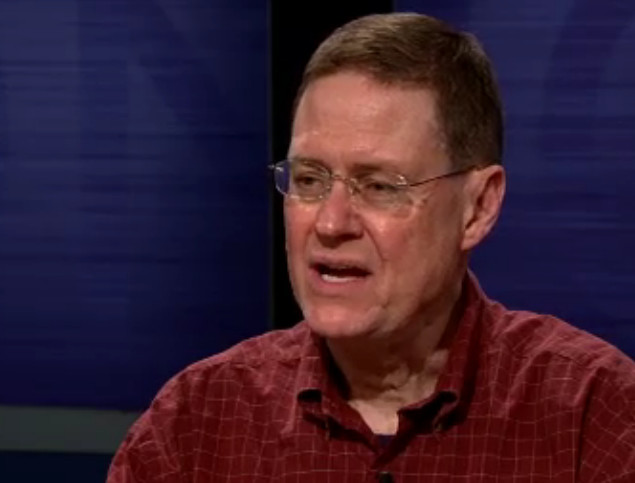 Above, Common Cause Wisconsin executive director Jay Heck, a critic of the new legislation. Image courtesy of Wisconsin Public Television.

One of the bills passed this week during the state Assembly's final session is a provision offering more time for lobbyists to donate campaign funds to political candidates.

The Assembly passed the bill with a 54-37 vote. It included a number of provisions, including one dealing with lobbying donations. Currently, lobbyists must wait until June 1 of an election year before they can contribute campaign funds to political candidates. The bill moves the date up to April 15.

Joe Murray, the political affairs director for the Wisconsin Realtors Association, spoke in support of the bill during a public hearing. Murray says the bill is mostly administrative, but has received a lot of “undue attention” because of the lobbyist donation provision.

“The law, as it exists before this bill passed and as it exists now after it passed, will still prohibit a lobbyist contributing to any legislator at the state level until after session is over,” said Murray. “So it may mean in an election year, when the Legislature goes home early and they're no longer in session, that a lobbyist will in fact be able to make a contribution earlier.”

Jay Heck, who directs Common Cause Wisconsin, says this isn't something Wisconsin residents asked for and that it's something some lobbyists and lawmakers wanted.

“I think most people would like less money from lobbyists in the Capitol going to politicians, not more and not sooner, certainly,” said Heck. “(It’s) legislation that was totally special interest inspired, without any clamor whatsoever, from the people of Wisconsin.“

The bill now heads to Gov. Scott Walker for a signature, having passed the Senate earlier in the session in a narrow vote. Heck says he hopes Walker will veto the bill.