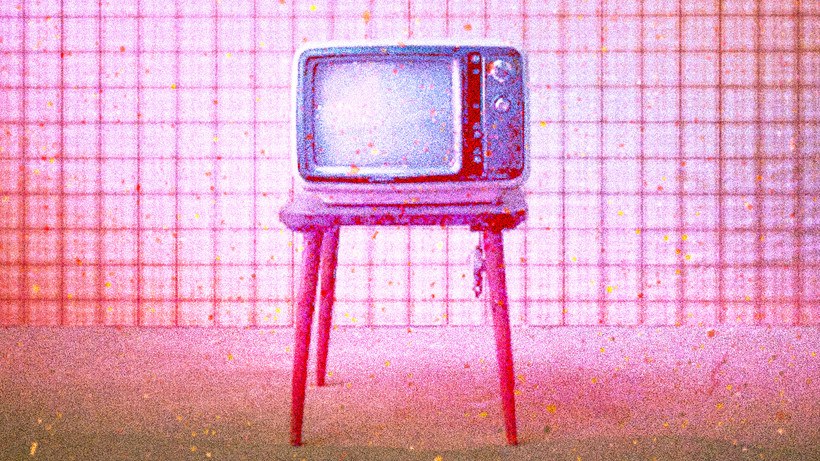 'Artists anticipate things because they work in the realm of the imagination': Creating in a pandemic time loop

A critic on how writers, filmmakers and musicians will remember and reimagine this historical moment
By Shannon Henry Kleiber
Share:

Alissa Wilkinson is a film and culture critic at Vox who has been thinking about how artists — movie directors, writers and musicians — capture the time they live in, or the time they imagine. It’s how they acknowledge, remember and process our complicated life.

Wilkinson found that artists have been responding to the COVID-19 pandemic by doing what they do best: creating and making things that — for at least some people — help them feel like they are still alive even as they face grief and trauma.

Wilkinson is the author of "How to Survive the Apocalypse: Zombies, Cylons, Faith and Politics at the End of the World," co-written with Robert Joustra. She is also a humanities and English professor at The King’s College in New York City. Shannon Henry Kleiber of "To The Best Of Our Knowledge" talked with Wilkinson.

Shannon Henry Kleiber: You wrote this book about how to survive the apocalypse before we actually had the pandemic. It seems kind of prophetic, or at least a little prescient. Does it seem like that to you?

Alissa Wilkinson: Yes. It was not obviously intended to be that way. My co-writer and I started in maybe 2014 and finished the following year, so we turned in the manuscript in 2015, not realizing how much it would feel like the book was written as an instruction manual for our times.

But it's also kind of a stealth philosophy book. So of course it's supposed to be relevant all the time, and it just turned out that we had hit it a little more than we expected to.

AW: At the beginning of the pandemic, I started thinking of people who had written books, or I’d talked to, or even took a class from, who had said things that seemed to be significant and related to what we were going through.

One of them was Max Brooks, who wrote "World War Z" years ago. It’s a book about international relations and political theory in which he thought, "Well, if there actually was a zombie apocalypse, how would different countries respond to it based on the core values of their nation or the way they think about isolationism versus immigration and all of these different issues?" And so when we got to the one-year mark, I wondered how much people who had written books or made movies that seemed eerily prescient, how much did they think they had gotten right?

So I contacted Scott Z. Burns, the screenwriter who wrote "Contagion," which is a movie that a lot of people were talking about because it's fairly accurate, even though the virus in that film is even more severe and fast moving in the way it kills people. I asked, "What do you think you got right? What do you think you got wrong? What could you have never anticipated?"

AW: Yes, exactly. And for the most part, a lot of them were like, "Well, I never, ever anticipated that something like this would become as politicized as it has." That there'd be people who literally just didn't face up to what was going on, or that it would suddenly become an identity marker, like, do you take these social health measures or do you not? And that it was supposed to say something about your political affiliation. They just never anticipated that.

And other people said, we didn't write this movie or this book to reflect anything about a world where people are isolating and staying apart from others, but what we realized as we lived the reality that we had written about was that we had gotten something right, and that we were learning a lot about ourselves and our relationships to one another.

So yeah, it was quite interesting to talk to all these people. One thing I learned is that artists anticipate things because they work in the realm of the imagination, and sometimes they get it right. But even then, they're not actually prophets so much as they are tapping into something fundamental about the human condition, which is something that artists have always done.

SHK: Do you think artists have an unusual ability or even responsibility to reflect what's going on, but also predict the future?

AW: I always hesitate to say that artists have a responsibility to do anything in particular because I think it depends on where their gifts lie. But I do think there are a lot of artists whose job — or what they feel inside of themselves — is to know human nature so well that they can put humans into different situations in their imaginations.

Obviously, science fiction has done this for a very long time, and can tell us something about ourselves and how we feel towards one another, whether or not we're in that situation. What does it mean to have empathy? What would it be like to face a particular ethical dilemma that might mean that I don't come out on top, but more people live?

I do think artists often uniquely have this ability because they train and hone their imaginations to really think through all the scenarios and tell compelling stories that people can relate to.

SHK: What do you think is coming next in terms of creative writing, film and art? Do you think a new kind of art is emerging from the pandemic?

AW: I have talked to a lot of authors who wrote novels during this time, and they were like, "I had to write it because I felt like I was going to disappear if I didn't." Or filmmakers who picked up cameras and started making movies about what was going on, whether it's documentaries or fiction, and often with the various COVID-related constraints that were on them.

In the longer term, I think we'll see a lot of people working out the incredible anxiety that we were feeling very acutely when there was just no end in sight, and no idea if any of this would ever end.

SHK: It’s strange that there's something that might be creative and beautiful that comes of this. And for those of us who love to read and watch films and listen to music, it might make us feel more connected to each other during this disconnected time.

AW: Yeah, that's right. One interesting thing that’s happened during this time is that musicians have been putting out albums that they've often been recording in isolation. Music connects us in a way that even narrative art doesn't do as well. There's just this inhabiting of the songs you have, and then people are able to talk about it. There's something comforting about knowing that everyone's listening to the same album.