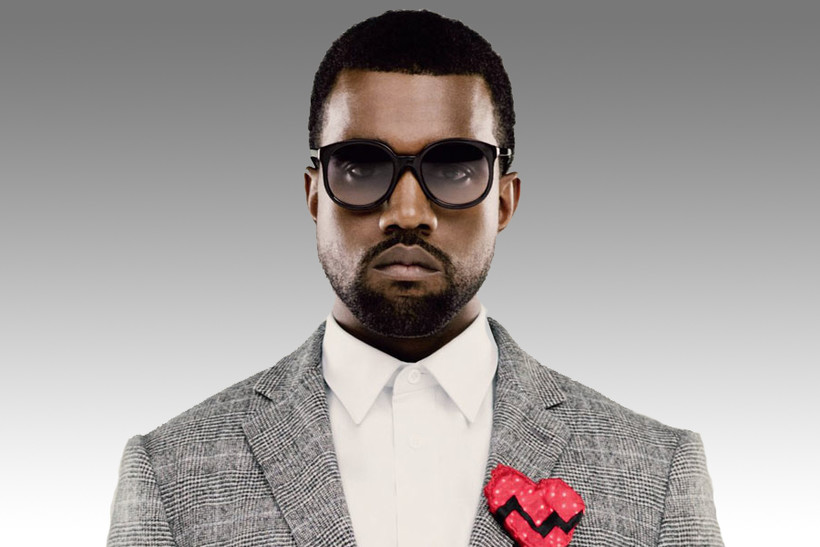 The New York Daily News reviews the first of Kanye West's four New York-area concerts. The tone of the review seems both impressed with the spectacle that West has concocted, but also the egotism it took to dream it up. The writer says, "At one point during the show, he even has a close encounter with an actor playing, yes, Jesus." The photo of the onstage encounter between West and the actor is worth the click alone. (Read the report)

In what sounds like the opening salvo in a backlash, the Daily Swarm reports about Arcade Fire's unusual request for its upcoming North American tour. The band is apparently asking audiences to dress in formal wear or costumes when attending the show. (Read the report)

Is this a symptom of a cultural bankruptcy? Or is this just Facebook-sharing bait? Britain's Daily Mail newspaper reported on an effort by Sachs Media to create "age-progressed portraits" of a dozen rock stars who died early. Among those who are "aged" to what they might have looked like had they survived their fame include John Lennon, Elvis Presley, Jim Morrison, Jimi Hendrix, Janis Joplin, Mama Cass Elliot, Bob Marley, Karen Carpenter and Kurt Cobain. The article said a Michigan-based group, Phojoe, used "state-of-the-art specialized technology" to craft the images. (Read the report)

CNN Money reports on Authentic Brands Group's purchase of the intellectual property associated with Elvis Presley. As part of the deal, the company "will own and manage global rights to a vast library of thousands of Elvis photos, album covers, movie posters, archive video footage and events like 'Elvis Week.'" The company will also help operate Graceland, Presley's former home in Memphis. (Read the report)

Rolling Stone has an interview with prog-metal Mastodon on their new, download-only live album and video and a few scant details about the new songs that could land on their next studio record. (Read the report)

I'm a little late, but I discovered a couple of new(-ish) interviews made by Prism Films last spring with two founding members of the New York punk band Television. The premise of the series appears to be to interview some of the lesser-known figures in key periods in rock history and collect their reminiscences and perspectives. I'd seen previous interviews with the Band's Garth Hudson and the Velvet Underground's Maureen Tucker, but the interviews with Television guitarist Richard Lloyd and Voidoids' leader Richard Hell are particularly candid and illuminating. (Read the Richard Hell interview and Richard Lloyd interview)