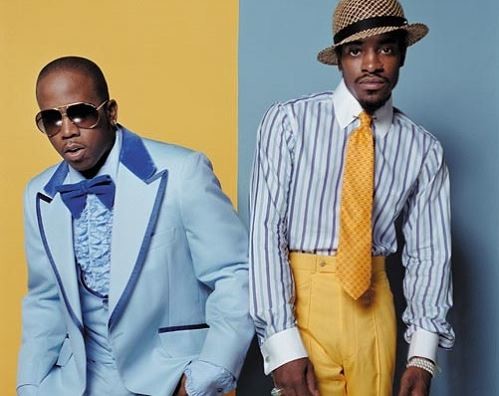 Billboard is reporting that Outkast could be the featured reunion act headlining next year's Coachella festival. The magazine said "sources tell Billboard that Andre 3000 and Big Boi are in prolonged talks to end their hiatus next year." The Atlanta-based group has been inactive since 2007. (Read the report)

Online media tongues are wagging about the new "interactive" video released for Bob Dylan's "Like A Rolling Stone." Touted as the first "official music video" for the song, which was released in 1965, the video allows whoever is watching it to flip through 16 simulated channels and see various reality-show stars ("Pawns Stars," "Property Brothers"), game show regulars (host Drew Carey and the contestants of the "Price Is Right"), sports and cable news programs talking heads, cartoon characters and others lip sync Dylan's greatest song. Hiding amid all the channels is a VH-1-like channel that features film footage of Dylan and the Hawks (later the Band) playing "Like a Rolling Stone" during their infamous 1966 tour. The video was created by digital agency Interlude and will likely inspire more than a few copycats in the months ahead. Wired has the most succinct summary of the video while MTV News identifies all those making cameos. USA Today compiles a list of Dylan's best video moments, including his short film for "Subterranean Homesick Blues," which many argue might have been the first music video back in 1965. (Read the reports here, here and here)

Kendrick Lamar is in the studio with A Tribe Called Quest leader Q-Tip, according to Hiphopdx.com. Q-Tip apparently posted a photo on Instagram of he and Lamar in the studio. (Read the report)

Is the streaming market heading toward consolidation? While Pandora and Spotify continue to grow, rival music streaming service Rdio announced layoffs on Tuesday. (Read the report)

Want to do your homework so you're ready for the emo revival? Stereogum compiles an excellent list of the best Sunny Day Real Estate songs. (Read the report)