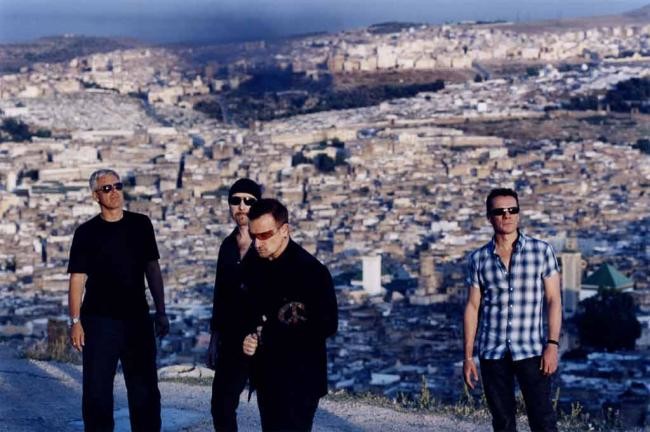 U2 is apparently going to release their new album early next year and mulling an ad announcing it during the Super Bowl, according to Billboard magazine. (Read the report)

Earlier this week, the New York Times reported how former Camper Van Beethoven and Cracker leader David Lowery helped a music publishing trade group go after some song lyric websites. They allege the sites are reprinting the lyrics "without licenses." (Read the report)

Ahead of her new album's release, M.I.A. is the subject of a lengthy retrospective on Spin.com. (Read the report)

NME reports on the backlash that has erupted over a recent attempt to sell a kitchen table purportedly once owned by Ian Curtis, the late frontman for Joy Division. Curtis' family and former bandmates have expressed anger about the sale. In an odd twist, the NME opted to use a photo from the Curtis biopic "Control" rather than a real photo of the man or his family. (Read the report)

Actor Don Cheadle is slated to both star in and direct an upcoming film about Miles Davis. According to Billboard, the movie will focus on jazz giant's retreat from the spotlight in the late 1970s and his reemergence. (Read the report)