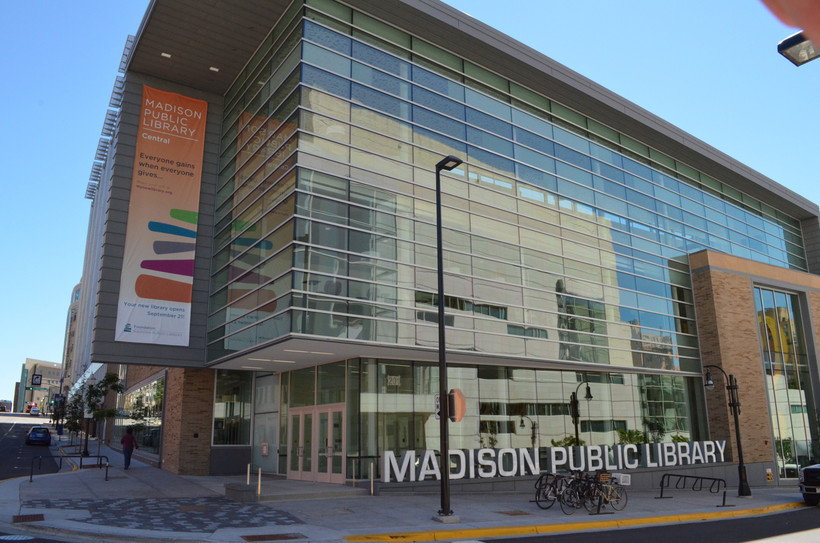 The Madison Public Library is launching a new website later this week dedicated to introducing people to local music. The site, yaharamusic.org, will allow "south-central Wisconsin library card holders to stream or download a select collection of CDs by Madison artists," according to a story in the Wisconsin State Journal. The site will boast not only original songs by the artists, but also photos, bios, video, gig information and links to websites. The site launches at 9 p.m. on Friday. (Read the report)

Alternative-rock vets Pearl Jam have announced a new series of fall tour dates in the U.S., including an Oct. 20 date in Milwaukee, according to Billboard magazine. The Milwaukee show will be at the BMO Harris Bradley Center. The band is continuing to play shows in support of its last record, 2013's "Lightning Bolt." (Read the report)

Online music streaming service Spotify now boasts 10 million paid subscribers -- with 3 million of that figure coming from the U.S., according to a new report in Billboard magazine. (Read the report)

Yasiin Bey, the rapper formerly known as Mos Def, has canceled his U.S. tour because of immigration/legal issues, according to AllHipHop.com. (Read the report)

Black Sabbath bassist Geezer Butler told Time Out Dubai that the heavy metal godfathers might record a new album. "‘We’ve still got four tracks leftover from the (last) album," he told the magazine. "So maybe we’ll fill in the other four or five tracks and put out another album." The band had reunited three years ago -- minus original drummer Bill Ward -- and recorded "13," their first record of new material with vocalist Ozzy Osbourne since the late 1970s. The band is still playing shows in support that album. (Read the report)

A new photo exhibition, "40 Years of Hip Hop Photography," documents the music's evolution from its birth in the mid-1970s through the present. The exhibition is presented by Che Kothari and Toronto’s Gladstone Hotel, according to an article in Slate.com. Portraits of Dr. Dre, Talib Kweli, The Roots' ?uestlove, KRS-One, Mary J. Blige and the Notorious B.I.G. are among those artists featured in the exhibit. (Read the report)