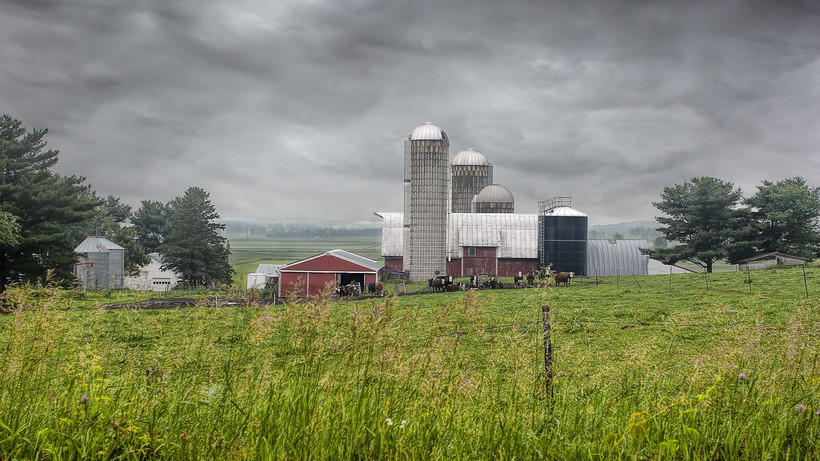 A new federal grant will help create the next generation of farmers in Wisconsin. Photo: Randen Pederson (CC-BY)

Apprenticeship Aims To Grow State's Next Generation Of Farmers

With the average age of the Wisconsin farmer now roughly 60 years old, a $1 million federal grant will help form a new apprenticeship program to grow the next generation of farmers in an effort to help preserve the state’s status as America’s Dairyland.

The Dairy Grazing Apprenticeship was one of two statewide organizations awarded the money from the U.S. Department of Agriculture. With the help of the Wisconsin Department of Labor, the organization developed a two-year, fully accredited education program that will partner apprentices with master's degrees in organic farming.

Joe Tomandl, program director at the Dairy Grazing Apprenticeship, said the program will fight back against dwindling interest in the profession and decreased land succession rates, as well as help farmers face significant challenges in regards to training and  ownership.

A thriving agricultural industry is important to the state’s economic vitality. Wisconsin is home to 76,000 farms, with 15 million acres of farmland generating nearly $60 billion in economic activity annually, according to the state’s Department of Agriculture.

"Our dairy farms are the backbones of a lot of rural communities and communities in general. We still have a very strong, robust dairy industry in the state, but it’s supported by fewer farms with a lot more cows," Tomandl said.

The hands-on experience will allow apprentices to earn wages as they learn everything from ear-taking to handling calves, all the way up to feed budgeting and inventory.

"The farms that we’re talking about are real living biological systems and they take a lot of knowledge and a lot of experience. There’s a lot of money to be made or lost if you don't do things correctly," Tomandl said.

The apprenticeship is the first of its kind in the nation, said Tomandl, and part of the grant money will help develop a model to implement across the country.

"Dairy farming offers a lot," he said. "It is an independent business. It is something for individuals who really want to take pride in what they do, create a business, work with people, work with the land and animals, and be a good steward of the environment. It’s really fulfilling and it’s a real, genuine occupation."