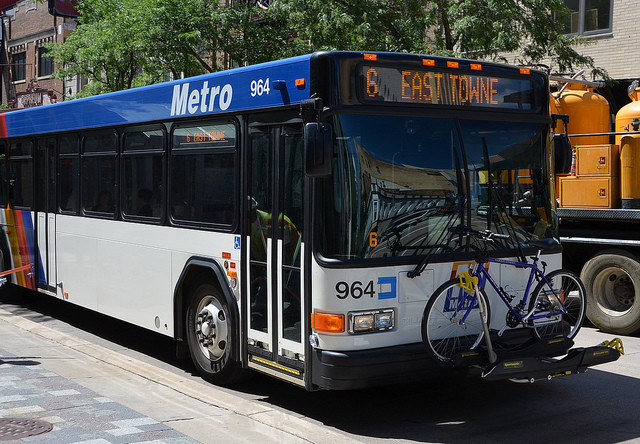 A state appeals court has upheld a ban on carrying firearms on city buses in Madison.

The ruling is the result of a lawsuit filed last year against the city's transit and parking commission by the gun rights group Wisconsin Carry. The group claimed a 2011 state law preempts cities from enforcing  gun regulations that are more restrictive than state law.

"Madison Metro's policy is a rule, a local rule that applies only to those folks who ride the bus. It's not an ordinance or resolution and therefore the court ruled it doesn't fall within the scope of the preemption statute," Strange said.

John Monroe of Roswell, Georgia, the attorney for Wisconsin Carry, called the ruling  "odd" because it suggests that the city's transit commission has more power than the city council to enforce regulations.

He said Milwaukee lifted its ban on carrying guns on city buses in 2011, and said Madison's rule is a burden on bus riders who want to carry a gun for protection because it forces them to be unarmed from the time they leave the house to catch a bus to a movie or to go shopping until they get home.

"If you start with the premise that you want to carry a gun for self defense, it pretty well shuts you down." Monroe said. He added he's not sure yet whether Wisconsin Carry will appeal the ruling.

Preemption statutes in other states are broader than Wisconsin's and often include specific language that does preempt both ordinances and rules . Thursday's ruling in the 4th District Court of Appeal was unanimous among a three-judge panel. The written opinion suggests the state could make the law broad enough to override Madison's gun ban if it wanted to.

"It would have been a simple matter for our Legislature to use language that clearly prohibits local agency regulation of firearms by including additional language or more expansive language in the pertinent statute. Other states have done so. Kansas, for example, prohibits action not only by a 'city or county,' but also by any 'agent of any city or county.' Our Legislature remains free to adopt such language."

Editor's note: An earlier version of this story included reporting from the Associated Press. It has been replaced with original reporting