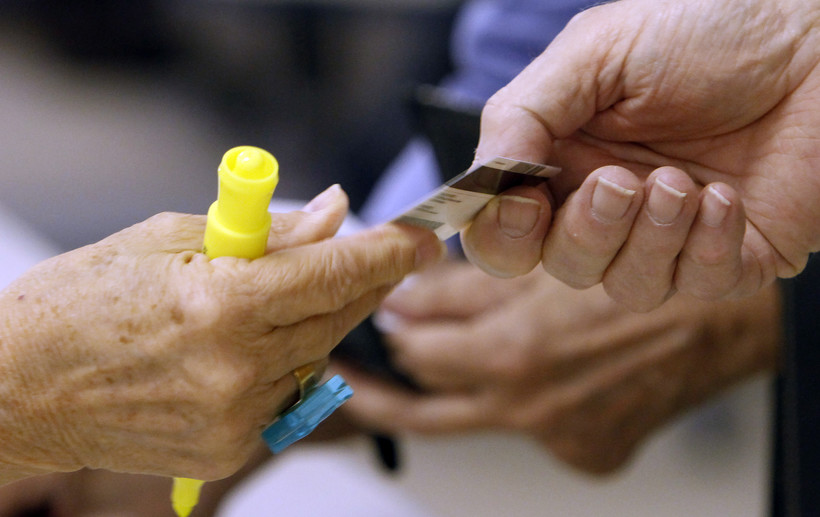 A federal appeals court granted the state Department of Justice's request for a stay in one of Wisconsin's ongoing voter ID trials Wednesday.

The 7th U.S. Circuit Court of Appeals in Chicago issued a stay on the ruling of Eastern District Judge Lynn Adelman of Milwaukee, whose opinion struck down parts of the state's Voter ID law last month.

Adelman's ruling also required the state to allow people who can't easily obtain a state-issued ID to sign an affidavit to prove their identity at the polls.

With the stay in place, no elements of Adelman's ruling will go into effect.

In its ruling, the 7th Circuit wrote, "we conclude both that the district court’s decision is likely to be reversed on appeal and that disruption of the state’s electoral system in the interim will cause irreparable injury."

The disruption of November’s general election was a primary reason cited by the state Department of Justice in its request for the stay.

"We are pleased with the U.S. Court of Appeals for the Seventh Circuit’s decision to grant our motion for stay in Wisconsin’s voter ID case," Attorney General Brad Schimel said in a prepared statement. "I will continue to represent the state of Wisconsin and defend the rule of law until the case is resolved."

The American Civil Liberties Union, which brought the case, decried the stay.

"The decision by the 7th Circuit panel guarantees the disenfranchisement of vulnerable Wisconsin citizens in November," said Dale Ho, director of the ACLU’s Voting Rights Project. "We are evaluating our options to ensure that our clients and many others are not denied their voting rights."

"Today's decision to halt the injunction issued by Judge Adelman is a step in the right direction," Walker said in a statement. "The decision recognized that his previous ruling is likely to be reversed in light of Supreme Court precedent and would create more uncertainty for voters. Voters in Wisconsin support voter ID, and our administration will continue to work to make it easy to vote and hard to cheat."

On the other side of the aisle, a member of the state’s Democratic leadership repeated concerns that voter ID laws place a disproportionate burden on certain voters.

"The restrictions of this Voter ID law are part of a shameful effort that threatens to disenfranchise many voters and that is why the ruling allowing affidavits is so important," said Assembly Minority Leader Peter Barca, D-Kenosha, in a statement. "We must do everything possible to reverse Republicans’ anti-democracy agenda and uphold Wisconsin’s proud tradition of high voter turnout and engagement."

Another federal trial on Wisconsin’s voter ID law is also ongoing. Western District Judge James Peterson issued his ruling late last month, which also knocked down parts of the law. A request for a stay in that case is pending.

Editor's note: This story has been replaced with original reporting from Wisconsin Public Radio.