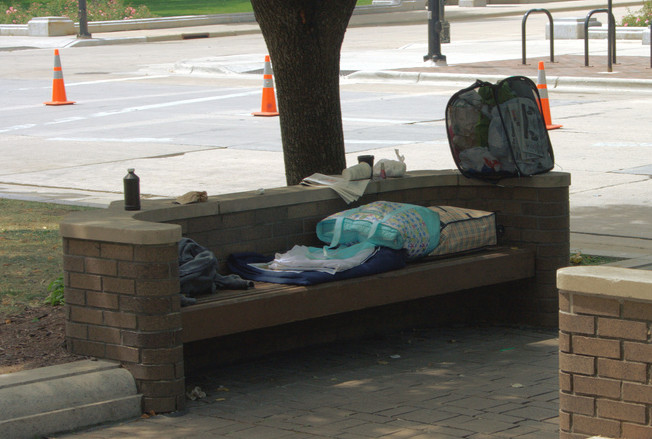 Antipoverty Advocates Ask Policymakers To Be Mindful Of Poor

Some Dane County officials say they want every local policy or project to take the poor into consideration.

In Madison and Dane County, one example of poverty has been especially divisive. Homeless encampments have been moved and a proposal to bus people out was roundly criticized. Now some say it's time to tackle the issue with a permanent commission that will look at every issue from transportation to housing with the poor in mind.

"If we find that it impacts people in poverty in a really negative way that that development, that piece of legislation - whatever it is - isn't going to go forward."

In Madison public schools, more than half qualify for free or reduced lunch. Dane County supervisor Heidi Wegleitner says 12 percent of county residents are below the poverty line, some way below.

Statewide, the poverty rate was flat over the past two years at 13 percent. Bob Jones heads the Wisconsin Community Action Program Association, the trade association for 16 nonprofit antipoverty agencies around the state.

"We're not doing well. A lot of that, frankly, is because of the leftover hangover from the Great Recession. So I think the major problem right now frankly is just getting our bearings."

Jones says with diminished federal and state funding, local community action programs are torn. He says they need to provide basic help like food and shelter, but also need to provide long term efforts like job training that can make people self-sufficient.