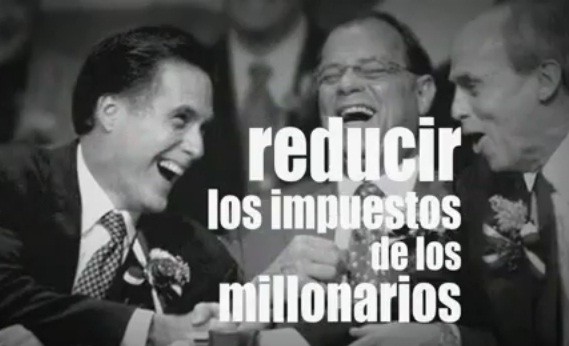 New radio and TV ads running in Wisconsin hope to sway Latino voters to cast their ballots for President Obama.

The progressive group People for the American Way says its spending $1 million in Wisconsin and two other states on direct mail and commercials.

The ad includes a Spanish-speaking narrator talking over sound of Republican Mitt Romney criticizing 47 percent of Americans at a fundraiser this year. The ad will run on several Spanish-language cable TV and radio stations in Wisconsin. Scott Foval of People for the American Way says it's fair to imply that the targets of Romney's criticism included Latinos, "There's an inherent racism that is built into what he is saying in front of this predominantly white, very wealthy audience. You're seeing the real Mitt Romney."

Romney has reached out to Latino voters, promising a bi-partisan solution to problems with illegal immigration.

A Romney spokesman didn't reply to an e-mailed question about the new anti-Romney ads.