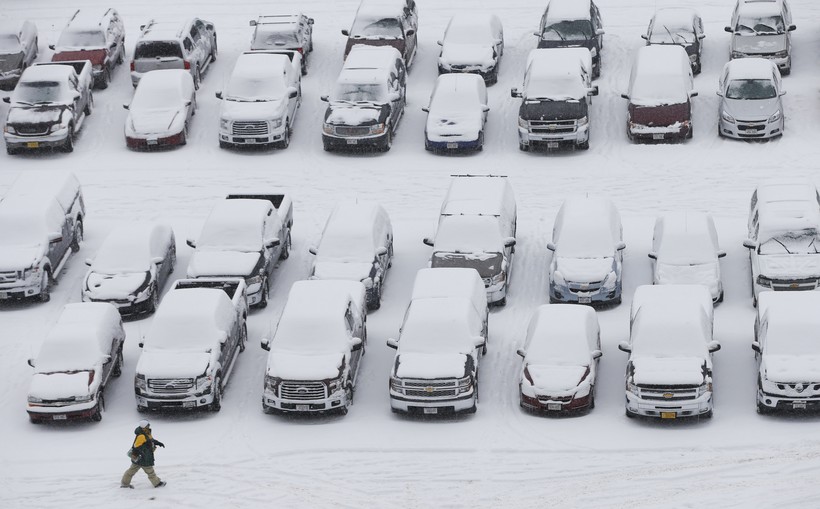 A fan makes his way to Lambeau Field in the snow before an NFL football game between the Green Bay Packers and the Seattle Seahawks on Sunday, Dec. 11, 2016, in Green Bay, Wis. Mike Roemer/AP Photo

Another Winter Storm Headed To Wisconsin

Another winter storm is making its way to Wisconsin.

The National Weather Service has issued a winter storm warning for much of the state beginning Monday night through Tuesday night.

Southwestern and south central Wisconsin are likely to see the highest snow totals, though nearly every part of the state should get at least some accumulation.

Meteorologist Todd Shea of the National Weather Service in La Crosse said the timing of the storm could cause major problems for commuters Tuesday.

"The heaviest snow looks to fall overnight and early Tuesday morning," Shea said. "So, when you think about that commute time, it's going to be a rough go, I think."

The storm comes after last week's treacherous conditions, in which falling temperatures followed snow and mixed precipitation, leading to icy roads in many areas.

Snow on Sunday afternoon caused a 40-vehicle pileup on Interstate 94 in Eau Claire County, shutting down the road in both directions for about five hours. The Wisconsin State Patrol said seven people were hurt when seven semis and 33 cars piled up near Osseo.