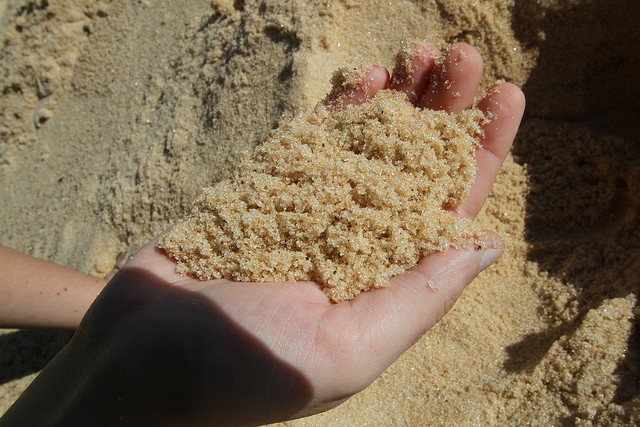 Frac Sand Demand Has Been Cut In Half, Analyst Says
By Rich Kremer
Share:

A longtime Wisconsin frac sand producer has announced it will lay off 55 employees at three facilities across the state.

Officials with Fairmont Santrol said the layoffs will come from the company’s mining facilities in Hagar City, Maiden Rock and Menomonie. The company cited a downturn in the U.S. oil and gas industry as the main cause for the job reductions.

It’s the latest in a string of layoffs and shutdowns across western Wisconsin. Samir Nangia, an oilfield services analyst for consulting firm PacWest, said while demand for frac sand has been cut in half, it’s the cost of shipping across the country that’s hitting producers.

"I think for Wisconsin, specifically, it is the cost of rail that is really hurting the sand mining industry there," he said.

Nangia said other factors mean the downturn is hitting Wisconsin harder than other regions.

"The reason that the mines are shutting down in Wisconsin, but perhaps not in other parts of the country is simply because there’s a lot less demand for sand, is one thing, but then the extra money that they have to pay to rail it to Texas and perhaps to a smaller extent to Oklahoma," he said.

Other national frac sand suppliers laying off workers and shuttering plants in Wisconsin include US Silica, Hi-Crush Proppants, Superior Silica Sands and Unimin.

While oil prices have risen slightly they’re still around half of what they were in 2014. Despite that, Nangia said he believes the market hasn’t bottomed out yet.

"So, everyone is waiting for capitulation, which basically means that they want to see the absolute bottom and they want all activity to stop. When all activity stops oil prices will go up, or so they hope, and then that’ll drive investment back into the sector," he said.

Nangia and a handful of frac sand company executives have said they expect oil prices and demand for Wisconsin sand to start bouncing back in 2017.