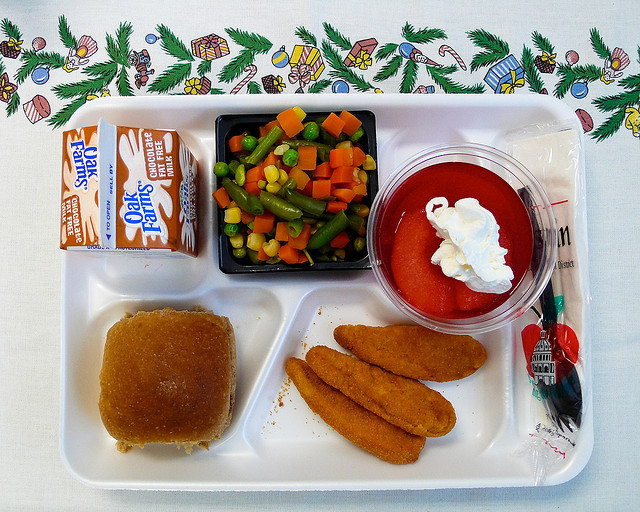 Students in a northeastern Wisconsin school district won’t have to worry about whether their families have paid for their school lunches after an anonymous donor gave enough to the district to cancel a year’s worth of lunch debt.

A donation of $1,000 to the Oconto Unified School District will pay for outstanding lunch accounts for the rest of the school year. Superintendent Emily Miller said she and the district’s financial manager will review students’ accounts quarterly and work with parents to ensure that the donation goes to those who need it.

"Our goal is not to have money left over at the end" of the school year, Miller said. "It’s to give it all away, to make sure families have the financial reprieve that they need."

There were 983 students in the Oconto district, which is located north of Green Bay, in the 2018-19 school year. According to state data, 485 of them, or 49 percent, were approved for either free or reduced-price lunches. The news of the anonymous donation was first reported by the Green Bay Press-Gazette.

The issue of lunch debt has drawn increased attention in recent years, and Oconto isn't the first Wisconsin district to have a donor target a gift to students’ lunch accounts.

In June, a father in the Cudahy School District paid off all the lunch debt at his daughter’s middle school — 30 bills totaling $173.21. That in turn prompted other community members to pay off outstanding balances at Cudahy High School and the city’s five elementary schools. In August, community donations amounting to about $2,500 did the same for students in the Eau Claire Area School District.

A bipartisan group of lawmakers in Wisconsin have introduced legislation that would do away with "lunch shaming" — including the practice of giving children whose lunch accounts are delinquent a different meal. One of that bill’s sponsors, Rep. Gary Tauchen, R-Bonduel, told WPR in May that lawmakers "want to make sure children are fed so they can learn and not be in a position where they’re humiliated or embarrassed."

Wisconsin’s bill follows similar legislation in other states including New Mexico and California.

The Trump administration has sought to dramatically cut the number of students who receive free lunches, a part of the federal Supplemental Nutrition Assistance Program. About 982,000 low-income students across the country would lose access to free school lunches under the proposal. The administration has characterized the cuts as closing "loopholes" in the program.

Statewide, more than half a million Wisconsin children relied on free or reduced lunch at participating schools during the 2017-18 school year. This amounted to 82 million meals.

Public schools exist to provide free public education to members of the community regardless of their financial circumstances, and one argument advanced by advocates is that it makes little sense to make a distinction between the education services and nutrition programs provided for children.

But in times of stretched education budgets in many districts, shifting the costs of lunch programs is no simple task. In July, WKOW reported that the Madison Metropolitan School District had about $90,000 in unpaid lunch debt. The Wauwatosa School District told WPR in June that it ended its 2018-19 school year with about $20,000 in unpaid bills.

Miller said discussions about the issue should be centered on the needs of students.

"It doesn’t take just one facet to educate a child," Miller said. "We need to come together ... and support each other through the current reality that people are facing."

That reality, she said, is that some "families don’t have the resources they need to give their children their meals throughout the school day."