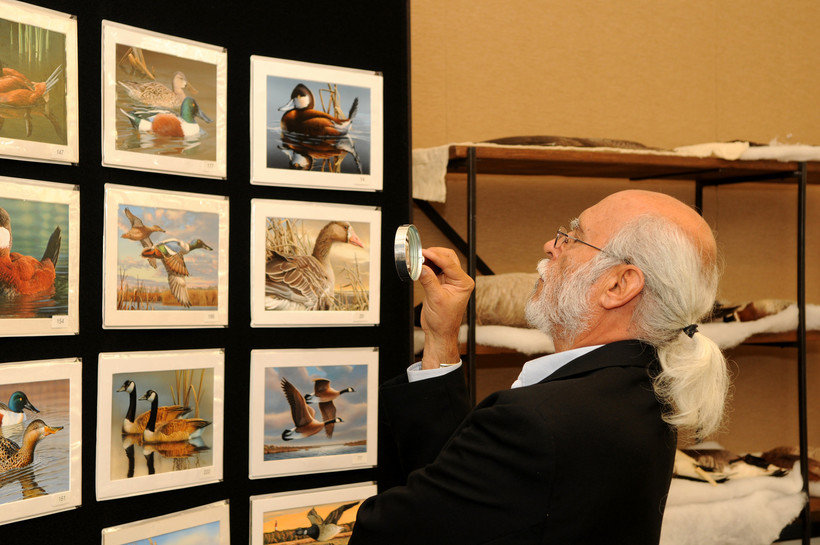 The Federal Duck Stamp Contest didn’t start out as a competition. First it was legislation, known as the Migratory Bird Hunting and Conservation Stamp Act, signed by President Franklin D. Roosevelt. The law required all waterfowl hunters age 16 and older to purchase a valid federal hunting stamp each year, with the revenue going to the Migratory Bird Conservation Fund.

The stamp was designed by a different artist commissioned by the federal government each year until 1949. Then the annual competition began, and any artist who wished to flaunt their skill at drawing one of the approved species — whether it was cackling geese, mallards, gadwalls, canvasbacks, King Eiders, mute swans, ruddy ducks or any other number of migratory waterfowl — could enter. 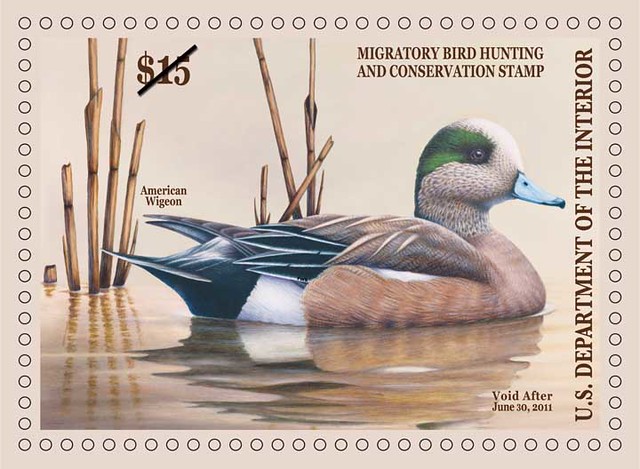 Since 1934, the Federal Duck Stamp program has raised $800 million to buy and lease federal lands to add to the National Wildlife Refuge System. Ninety-eight percent of the money from duck stamps goes directly to wetland and waterfowl habitat conservation.

"There’s no other federal program, I can guarantee that," that has returns that high, said Desiree Sorenson-Groves, vice president of governmental affairs at the nonprofit National Wildlife Refuge Association, in an interview.

Wisconsin’s waterfowl have certainly benefited from the duck stamps, with tens of thousands of acres of land protected or purchased in the state thanks to the program.

"It’s the smallest stamp that does the biggest things for wildlife," said Tim Eisele, an outdoor writer and photographer who was on the panel of judges for the 1994 Federal Duck Stamp Contest.

"I think everybody should go out and buy a duck stamp. It’s only $25, but it’s really an excellent investment, and it’s going to go right into habitat (conservation)," Eisele added.

The winner in 1994 was James Hautman of Chaska, Minnesota. Hautman's acrylic painting featured a couple of mallards flying over a lake. It was Hautman’s second win of five; his first was in 1989, when he became the youngest winner of all time with a pair of black-bellied whistling ducks in a teal sky. His most recent win was the 2017-2018 stamp, with a gaggle of classic Canada geese.

Between Hautman and his brothers Robert and Joe, the family has won dozens of contests in the past 25 years. The brothers draw strikingly realistic nature scenes, which is what the contest intends.

"It’s supposed to be a real depiction of waterfowl," Eisele said — so no Picassoesque birds have ever won.

This year’s contest features more than 220 entries, Eisele said. Although the event is focused on judging the entries, there will be other festivities, including a screening of the documentary "The Million Dollar Duck," and the first annual duck decoy carving contest and exhibition.

Artists who win aren’t awarded any money, but winning can provide a serious career boost, giving them some career recognition and the opportunity to sell limited edition prints.