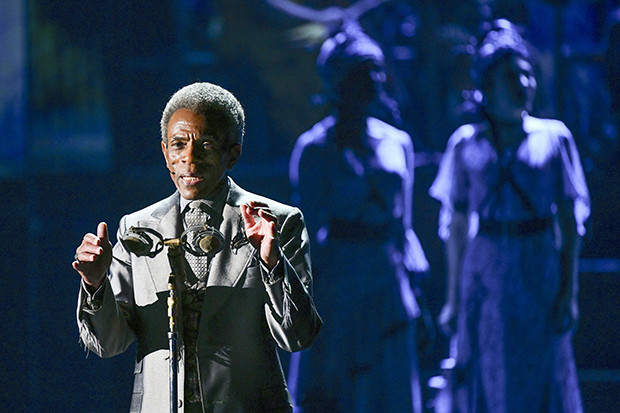 Before he was a Tony award-winning actor and ahead of becoming a Broadway legend, André De Shields was cast as Tiger Lily in a "Peter Pan" play on the campus of the University of Wisconsin-Madison that caused a stir for its nude depictions of sirens.

The year was 1968 — a time De Shields recalls students "testing the cultural status quo" all across a country that was becoming less politically innocent. The play, with its boundary-crossing nudity, created a firestorm and prompted meetings between the UW System regents, parents and students.

But De Shields doesn't regret being part of that play. In fact, it led to lifelong relationships that could be responsible for him making it to Broadway.

On June 9, De Shields won his first Tony Award for Best Featured Actor in a Musical for his portrayal of Greek god Hermes in the play "Hadestown," about a Greek lyre player who travels to the underworld to try to save his love. The Broadway musical received 14 Tony nominations and won eight awards, including Best Musical.

This is the third Tony nomination for De Shields, a professional performing artist for 50 years. De Shields was previously nominated in 1997 for "Play On!" and in 2001 for "The Full Monty."

"The universe loves Trinity, so I thought this might be my lucky time," De Shields said in an interview with J. Carlisle Larsen and Chris Malina on "Central Time," where he reminisces about his time at UW-Madison and what it meant to win a Tony.

JCL: You've said that the Tony has special significance because of your parents. Can you talk about their relationship to the arts and wanting to fulfill a destiny for them?

ADS: It's actually their absence of a relationship to the arts that tells my story. When I was old enough to have an adult conversation with my mother and father, my mom volunteered to me that she had always dreamed to be a dancer. Actually, the term she used was "chorus girl." Now, her parents, my grandparents, did not allow her to pursue that dream. They didn't want a ... colored daughter of theirs to shuffle her way through life.

Similarly with my dad, who confessed that he wanted to be a singer, he was questioned by his parents: "How are you going to make a secure life for your family with such a secure profession as a singer?"

So, they deferred their dreams.

I believe that I'm the lucky ninth of 11 children, because when I was conceived, the Y and X chromosomes of those deferred dreams became the Andre De Shields that you're talking to now.

Two things are a result of that. First of all, I've never ever doubted what my life's purpose is. And second, when I was born, I was put on my path of destiny.

JCL: As a legendary Broadway performer, your career and journey has spanned from being a Baltimore native to being in Madison for a while and kickstarting your professional career in Chicago. Can you talk about your time in the Midwest and how that set the path for your years to come?

ADS: My professional career started in Chicago in 1969 in the production of "Hair" with Tom O'Horgan. However, when I was at the University of Wisconsin-Madison, I worked with the (Madison Repertory Theatre) Rep when it was a community theater. I was cast in a production of "The Fantasticks."

At 19 years of age, I got the opportunity to play El Gallo. So, I like to use that as the starting point. Because it was 1968 — no one was embracing, as doctrines anyway, diversity, equity and inclusion, but the Madison Rep was doing exactly that by allowing me to play El Gallo.

While there, on the campus of the university, I met Stuart Gordon, and it was there that I began my career in experimental theater and made a name for myself as an actor.

You referred to me as a legendary Broadway performer. I'd also like to think of myself as a lifetime legendary Badger.

JCL: Tell me about the impact of the "Peter Pan" production at UW-Madison.

After that show had finished its run, I decided to stay in New York. And the rest — I'm still trying to make history. 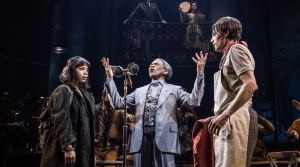 At 73, University of Wisconsin-Madison alumnus André De Shields receieved his first Tony Award in the category of Best Actor in a Featured Role. We talk to the actor about his performance in the Tony-winning musical "Hadestown."