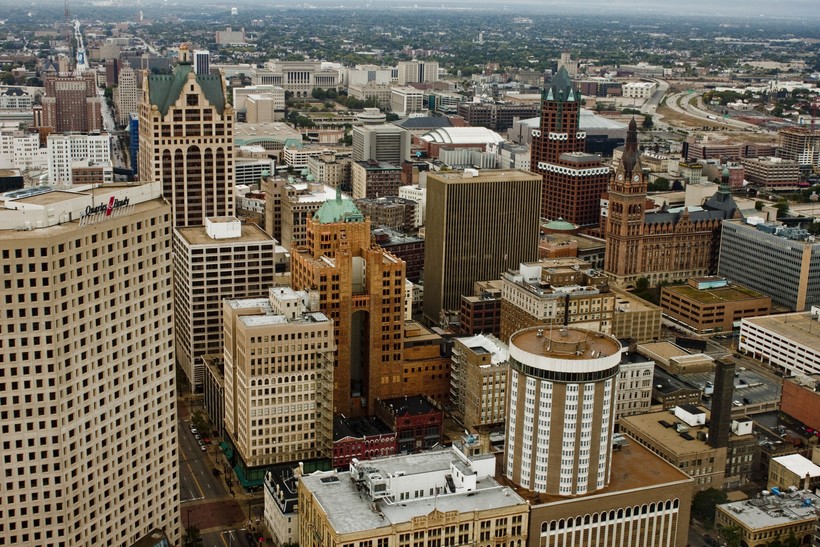 Compared To Similiar-Sized Cities, Milwaukee Offers The Most Theater And Concert Seats For Audiences
By Scottie Lee Meyers
Share:

A new 200-page report comparing downtown Milwaukee's lifestyle and entertainment offerings to those in 10 peer cities concluded that while the city ranks poorly in some regards, it shines when in areas like cultural infrastructure and boutique lodging.

The results of were a bit of a mixed bag. Of the cities evaluated, the study found that Milwaukee was home to the smallest convention center, a disappointing number of inexpensive restaurants, and below-average sports venues. It also found the city suffers from lack of transit connectivity between vibrant nightlife spots.

However, the report also found many bright spots — for example, Milwaukee’s cultural infrastructure. The city outranked all of its peers for its ability to accommodate audiences at theater stages and concert venues. The study stated that even though Chicago is seven times bigger, Milwaukee has a third of the concert seats available.

"One of the biggest successes within the realm is the Pabst Theater Group, which runs the Pabst Theater, Riverside Theater and Turner Hall," said Milwaukee Magazine Editor Dan Shafer. "Over the past 15 years, it’s really turned into a powerhouse in this city and (is) really key to the city’s culture."

The other big win for Milwaukee proved to be with regard to boutique hotels. While the study found that the city lags other downtown areas in hotel availability, Milwaukee offers guests an experience that can’t be found elsewhere. For example, Shafer pointed to the The Iron Horse Hotel, which incorporates Harley Davidson history, and the Brewhouse Inn and Suites, which repurposed the old Pabst Brewery site.

"I think that shows that downtown Milwaukee has a lot of unique character. It’s something that could be sold to tourists in other cities," Shafer said.

With a new basketball arena and other large-scale projects in the balance, Shafer said the report will help steer future development.

"I think it serves as a pretty compelling starting point for a lot of discussions," he said. "It's a great reference point for us to have arguments based in facts."