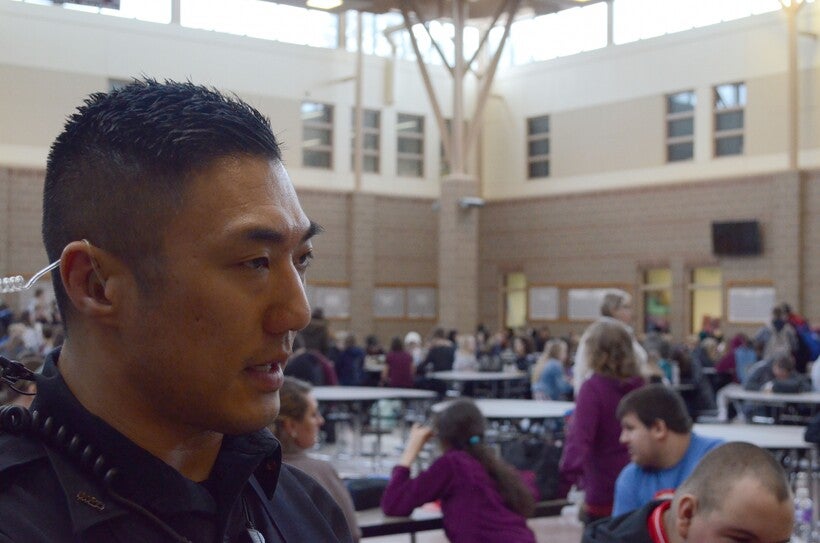 Among Wisconsin Students, Mixed Feelings Over Police In Schools

Some Say Police On Campus Make Them Safer, While Others Feel Targeted
By Miranda Suarez
Share:

Johnson, who has spent over a decade with the Madison Police Department, used to be the school resource officer at Madison’s La Follette High School. A few years ago, he had to wrestle a student who brought a gun into the building.

The school bell rang right in the middle of the struggle.

"All these kids are coming out of the hallway, and they're just seeing officer Johnson fighting with a kid on the ground, and trying to take him into custody, and we end up pulling a gun off of him, and it could have went really bad," Johnson recalled.

But Johnson said violent incidents don’t represent what his job was like. During his two-and-a-half years at La Follette, he spent a lot of time walking the halls, joking around with students, checking in on them and giving them someone to vent to.

At Middleton High School, school resource officer Kenneth Chung keeps a pair of boxing gloves in his office for the same reason.

"I'll just teach them a little boxing fundamentals and help them get their aggression out through boxing. You know, let them swing at the cop on campus," Chung said, laughing. 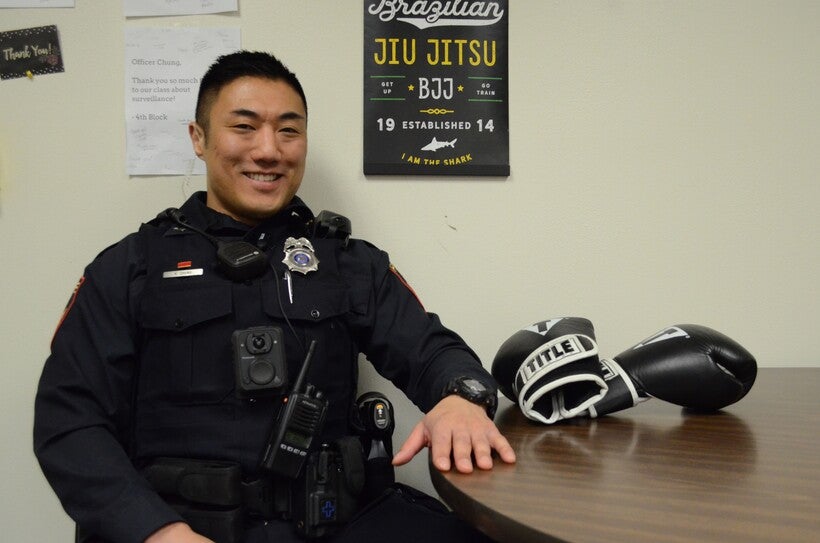 Both Johnson and Chung said on the street, police can’t get to the root of why people are acting a certain way. In school, it’s part of the job.

That’s evident at lunch, when Chung walks around the cafeteria in full police uniform, chatting with students and staff. He stops to catch up with a table full of freshmen he usually spends part of lunch with.

"One student was at a table by himself, eating, and they were all kind of scattered," Chung said. "So I started talking to one, then I pulled a few of the other students, and we started sitting at this table."

Now the kids are friends, and Chung knows them all by name and interests — the wrestler, the violinist, the gamer.

Officers who are interested in Chung’s job have to apply, and they must spend two years in the position, with an option to extend for a third year. Chung started his rotation at the beginning of the school year.

"When you come in and you’re new, students know that, students that have been here," Chung said. "And so there’s some distance that you need to cover, because they’re trying to feel you out, test you out, see what they can push, see what kind of person you are."

Besides getting to know the students, Chung's responsibilities include helping with discipline and keeping the school safe.

Jaelynn Suggs is a senior at Middleton High School who said safety is Chung's No. 1 priority.

"Of course I feel safer with him here, because things like El Paso, different types of school shootings, you know. You wanted people that can prevent that," Suggs said. 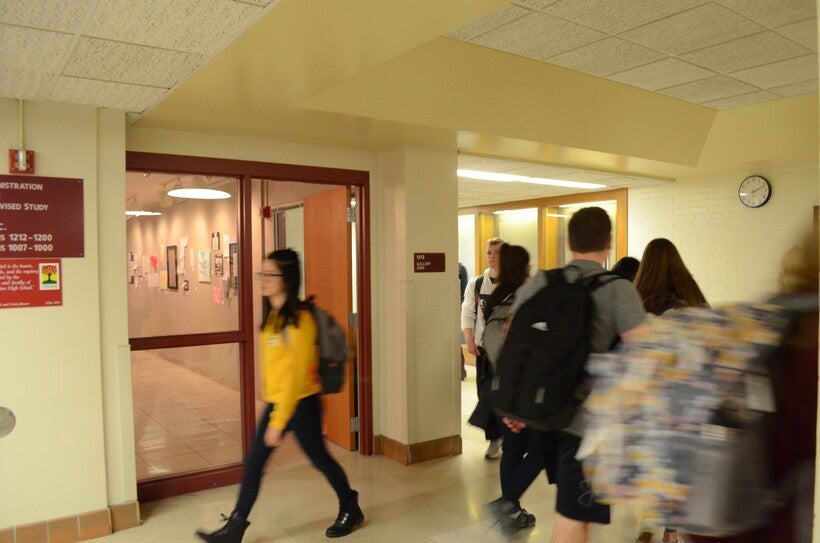 Students move through the hallways at Middleton High School on Jan. 24, 2020. Miranda Suarez/WPR

Johnson, the former school resource officer at La Follette, said he wanted to use his position to give students more confidence when they encountered police outside of school. As a black man, he wanted students to see "that there are officers out here who look just like you and who grew up just like you as well."

But for some students, the race of an individual police officer doesn't matter. High-profile police killings of unarmed black people have hurt their trust in the system.

Hanna Eyobed is a freshman at Monona Grove High School in Monona, next to Madison, who said she isn't comfortable with the police officer at her school carrying a gun.

"It's just kind of terrifying when you’re one of the only black kids at your school, and then you just feel like you're almost targeted in a way when you see a white police officer," she said. "I feel like it would be better if it was a black one or something, or maybe just none at all, because I know we don't need one."

The state Department of Public Instruction doesn't keep track of how many schools have police officers.

Attorney General Josh Kaul said he'd like to get an overview of which schools have them, but the decision to bring police into the building should be up to schools.

Hanna said stricter gun control laws would be a better deterrent to violence.

"It's about the politicians. What are they doing?" Hanna said. "I feel like it shouldn't be up to us to resolve that problem, because it's not our problem. It's been put upon us, and we're scared for our lives for no reason.”