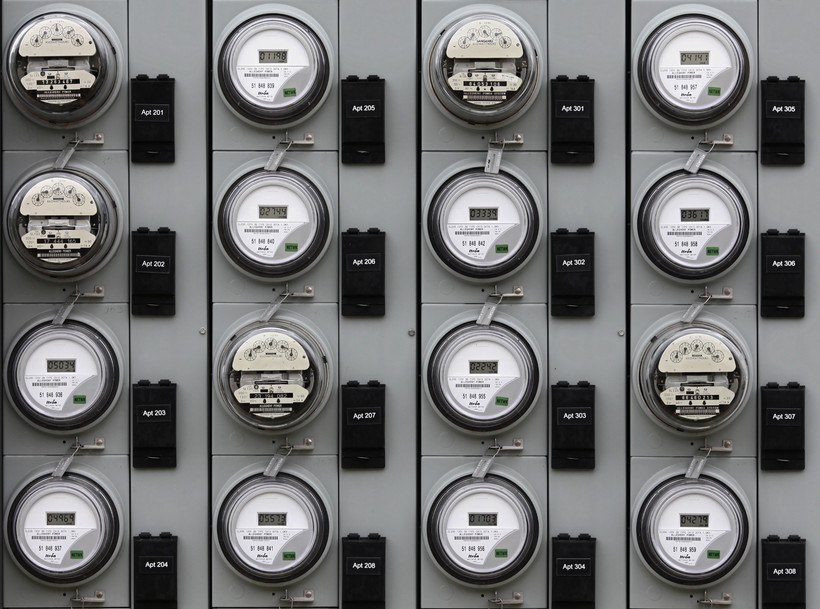 Amid soaring energy costs, public pushes back against We Energies' proposed rate hike

As heating costs climb this winter, some residents are bucking plans by Wisconsin’s largest utility to raise electric and gas rates beginning next year.

During public hearings Wednesday, people weighed in on an 8.4 percent increase in electric rates and a 10.7 percent hike in gas rates proposed by Milwaukee-based We Energies. Residents in the utility’s service territory would pay an extra $5 to $6 on their monthly electric bills while natural gas customers would pay around $6 more each month.

Those costs are on top of roughly $20 to $30 more each month that customers are expected to face this winter. Heating bills are slated to increase 17 percent due to soaring natural gas prices stemming from Russia’s war in Ukraine. The utility has no control over changing market prices and those costs are directly passed on to ratepayers.

Around 15 people spoke during two hearings held by the Wisconsin Public Service Commission, including Grant Hanson. He said people living on fixed incomes are already struggling with increasing gas and food prices amid rising inflation.

"To have a rate hike hit us, when we know we're going into the winter season, it seems like it's just piling on to us, where it's very stressful," Hanson said.

Milwaukee resident Maletha Jones recalled an experience where her husband paid a bill to We Energies, but the couple’s power was shut off an hour later. They notified the utility that Jones’ mother-in-law was on oxygen and needed electricity. Her husband filled out a medical release form provided by We Energies, thinking power would be restored. Even so, Jones said her mother-in-law sat in the dark for four hours, relying on a portable oxygen tank.

At the time, Jones said they paid $600 of a $1,000 bill to restore power and get on a payment plan. But, they faced disconnection again a month later.

"If you on a fixed income, ain’t no way that you can pay your rent and pay these high bills and live like you're supposed to," Jones said. "So I believe that they need to fix these rate increases or change their policy so that our Black and brown people in our poverty communities can be able to afford electricity and gas and not have to worry about being in the dark to get the bills paid."

The Sierra Club released an analysis last year that found around 85,000 Milwaukeeans live in neighborhoods with a high energy burden, or high share of income spent on utility bills, averaging 6 percent or more. Some Black and Hispanic or Latinx households spend as much as 10 percent of their income on energy bills and redlined neighborhoods face some of the highest energy burdens. For some low-income families, it's 15 percent to 20 percent.

Brendan Conway, a spokesperson for We Energies, said in an interview with Wisconsin Public Radio that clean energy projects are a driving force behind the utility’s rate request.

"We recognize our responsibility to serve customers by working to keep bills as low as possible, and also make sure that they have the affordable, reliable and clean energy they need," Conway said.

We Energies said it’s investing more than $1 billion in renewable energy through next year, including the second phase of the Badger Hollow solar farm and Paris solar and battery project. The rate hikes are also expected to pay off investments in coal-fired power plants set for retirement.

In June, the utility announced it was delaying the closure of coal-fired units at its South Oak Creek plant by a year to 18 months due to supply chain constraints and fears of an energy shortage.

"They keep putting it off, and they just pushed it back," said Milwaukee resident Keviea Guiden of the delay during Wednesday’s meeting. "I don't think that us as ratepayers should have to pay for these stakeholders with all these billions of dollars to move (toward) efforts to clean energy."

The projects are part of the utility’s plan to cut carbon emissions by 80 percent from 2005 levels by the end of the decade and go carbon-neutral by 2050. WEC Energy Group, which owns We Energies, has pledged to drop coal from its power mix by 2035.

"Not only are those investments going to create a cleaner future, but, over the longer term, they're going to save customers a significant amount of money," Conway said.

WEC Energy Group has said its clean energy projects are expected to save customers more than $1 billion over the next two decades as it shifts away from coal.

Representatives of several groups spoke in support of the utility for its contributions to the community, including Literary Services of Wisconsin, Messmer Schools and the Zoological Society of Milwaukee.

"They put their energy — pun intended — into making Milwaukee and our surrounding communities a better place to live, work and play," said Penny Gutekunst, vice president of development for the Zoological Society.

Around 10 organizations have intervened in the utility’s rate case before the commission, including labor unions, RENEW Wisconsin, Walnut Way Conservation Corp. and Wisconsin’s Citizens Utility Board.

The Public Service Commission will hold two additional hearings in person and online at 2 p.m. and 6 p.m. Thursday, Nov. 3 at the Washington Park Senior Center in Milwaukee.