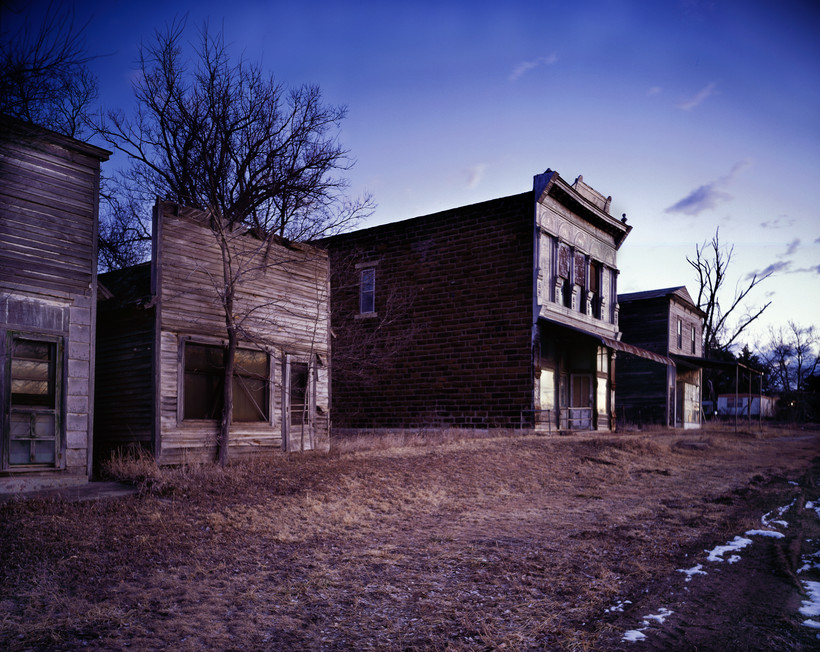 Old farm houses, caved in barns and empty storefronts can be a common sight around rural America. Declining numbers of family farms, young people moving to larger cities and factory closures are all part of the shifting of America’s vibrant rural past.

For 23 years, Vincent Johnson, a Chicago-based photojournalist, has been documenting these changes as part of his "Lost Americana" documentary project.

"We don't have the ruins of say like the pyramids or the Great Wall, none of that stuff is going to be around here ... that's the farmland that's out there, these barns and this kind of way of life, this golden age of farming," he said.

America was built on agriculture, Johnson said. And towns were built around those farms. But with modern efficiencies, the farms got bigger and the number of people needed to run them dwindled.

"Those towns sprung up along rail lines to help the farmers get their wares to market," he said. "And now the logistics and the efficiencies have all changed, and so those towns are kind of no longer serving a purpose and they're struggling to kind of maintain."

Johnson is not trying to fight these changes, just document them.

"(To) have this visual record of what it looked like at the end, before it is all gone because there's so many places I go back to now ... and they're just, they're not the same," he said. "Buildings are gone, barns are gone, sometimes whole blocks are just missing now."

Barn along Interstate 90 between Janesville and Madison, Wisconsin, June 2003. Photo by Vincent Johnson.

The people who live in these communities love them, despite the hardships, he said. Some of the people he’s spoken with have to drive 50 miles to the nearest grocery store because the town store couldn’t stay in business.

"They love it out there and I see why," Johnson said. "I mean there's a certain richness of being out there in that area, in those small towns, and I think that's why a lot of people stay, even though it's hard."

Small towns are fading across the country, most notably in the West, he said. Those that find industry outside of agriculture fare the best, but even those towns have seen their populations fall.

"For the most part, a lot of these small towns that you see in your state and you know across America, they're going away," Johnson said. "And so, you know get, off the highway drive out there and see them."