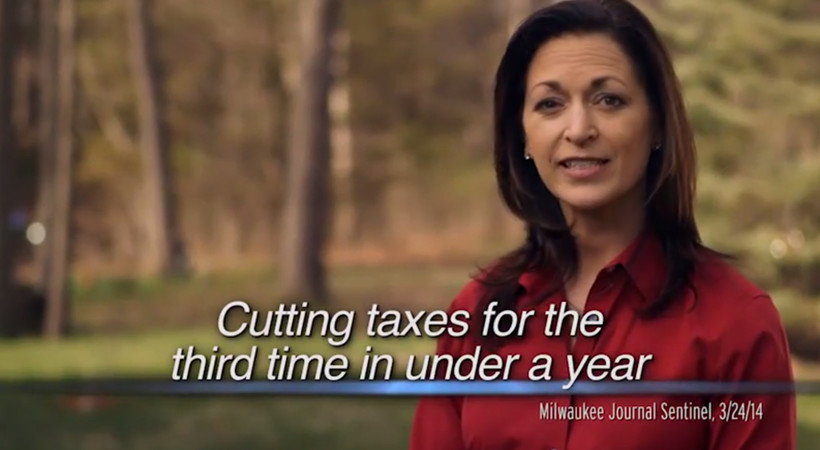 Americans for Prosperity, a conservative political advocacy group, has announced a major television ad buy in Wisconsin less than a week after a new poll showed the race for governor is in a dead heat.

The ad shows no images of Gov. Scott Walker or Democratic challenger Mary Burke, and it never mentions either of them by name. Instead, it picks up where the group left off in ads that ran during the recall campaign – talking in positive terms about the Act 10 collective bargaining law.

A spokesman for Americans for Prosperity said the group would spend $866,000 on the TV ads. University of Wisconsin-La Crosse Political Science Professor Emeritus Joe Heim says it's still early for political ads, but there are benefits to advertising now.

“It lays the foundation for the campaign,” said Heim. “There's increasing evidence that the closer you spend money to a campaign and the date of the campaign, the more likely you're going to interfere with other ads. Therefore, they've got the field to themselves right now.”

The ad also comes as polls show the race has tightened. A Marquette poll released less than a week ago showed Walker and Burke tied among registered voter.s with Walker slightly ahead among people likely to vote.

Asked about the latest ad during a stop at a construction site, Burke said it did not affect her.

“My gameplan is to make sure that the people of Wisconsin get to know me, get to know the type of governor I'd be, the values that I have, and that's what's going to win this race,” said Burke.

The Americans for Prosperity ad is hardly the first run on Walker's behalf. Wisconsin Manufacturers and Commerce started running ads last year, and the Republican Governors Association has run several commercials attacking Burke. Walker and Burke have also run their own ads, though Democratic goups have largely kept quiet so far.