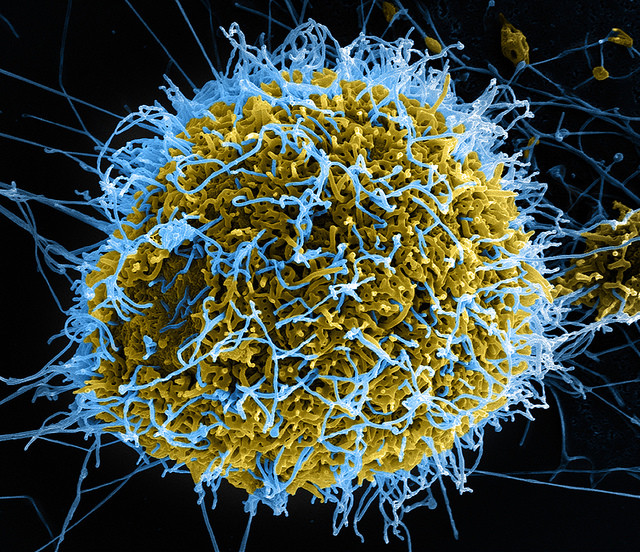 Two U.S. health care workers helping fight the largest outbreak of the Ebola virus on record in western Africa have themselves been infected with the disease. When the news broke that the U.S. Centers for Disease Control and Prevention was preparing to bring them back home for treatment, social media sites lit up with people expressing fears that the disease might spread here in the U.S.

Dr. Donald Francis, an epidemiologist with Global Solutions for Infectious Diseases, a nonprofit global health organization, called the potential risk “trivial” given that the CDC has the facilities for very effective isolation. The infected workers -- a physician and a hygienist -- will be treated at Emory University Hospital in Atlanta.

“It’s not the community who has to worry; it’s the healthcare workers,” Francis said.

He added that the biggest risk of contracting a virus is in hospitals, where health workers come in close contact with patients and have to use needles and other sharp instruments.

“For the average person, this is not something that’s going to spread wildly,” he said.

Ebola is transmitted mainly through body fluids. Generally, the skin is quite protective against the virus, said Francis, but if it comes into contact with any opening in the skin or the mucous membranes, it likely will start replicating. The disease also has a high viral load, which means that even a prick from an infected needle could transmit it quickly.

Francis, who was part of a World Health Organization team sent to inspect the first Ebola outbreak in 1976 in Congo (then Zaire), believes that the speed with which the current outbreak is spreading is largely due to the fact that it hit areas where people had never seen Ebola and lacked knowledge of how to contain it.

Then and now, Francis said, health care professionals have an obligation to care for the sick. In the meantime, he emphasized that the public faces little risk from the two infected patients being slated for treatment in the U.S.

“From an ethical standpoint… when you’re a doctor, you have to take care of the Ebola patients,” said Francis. “That’s your job, and sometimes you have a high risk of infection. But it’s not a risk not among the general population.”