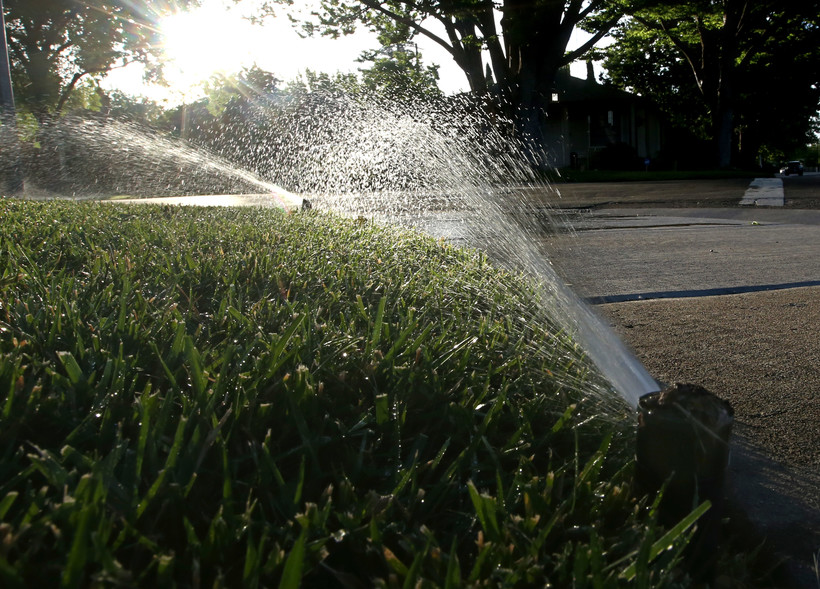 The city of Altoona is telling residents to hold back on watering their lawns because the community's wells aren't able to keep up with current demand.

Because of residential water demands, the city's reservoirs have dropped to a point where officials are concerned about water quality and maintaining enough pressure to respond to house fires.

"We received a low level alarm in our reservoirs, which is what prompted us to enact this watering ban," said Walter.

Walter said Altoona's typical daily water demand is around 770,000 gallons per day. He said with the extended heatwave, the city's six wells have been running nonstop, pumping out 1.6 million gallons per day.

"I do attribute that to our city's continuing growth, very likely increasing installations of irrigation systems in the newer homes. Much of our growth has been residential," Walter said.

City residents are being told to voluntarily limit their water usage by cutting back on lawn irrigation. For now, that means watering lawns on alternating sides of streets. Walter said he's hoping that can shave off "several hundred thousands of gallons" and give the city's wells a break.

"We would certainly like for that to cease," said Walter. "We have concerns about our basic needs right now. We need to have water in reserve for a structure fire."

Walter said as the city's water tower reservoirs continue to drop, water pressure could be reduced. While residents might not notice, reduced water pressure poses a risk for adequately fighting structure fires.

To address the continued growth and demand on the city's water system, Walter said his department has been working since 2019 to drill new wells. But he said the regulatory process is slow and frustrating.

"We now have two candidate sites we've drilled two test wells that look very, very promising," said Walter. "There are some final results that we need to compile on water quality testing from that point forward, it becomes a regulatory review."

If all goes to plan, Walter said a new well could come online by summer of 2022. He said the city could start the process for citing a second new well soon after.

Walter said if all Altoona residents work together they can avoid a full watering ban and any potential problems with fire service.

"I know it's frustrating for people, this is certainly not ideal," said Walter. "People want to wash their vehicles for pools outside, turn on the slip and slide. We do recognize this is unfortunately also during a heat wave when people are struggling to stay cool."

The city of Madison has also asked residents to restrict their water usage. A notice on the city's utilities page says that a number of its wells are out of service for maintenance and putting pressure on supply.

Grande said the city has plenty of supply for fire protection and regular daily use but with two wells down for maintenance the remaining 19 wells have been pumping nonstop.

"And when equipment runs continuously, it makes it more prone for mechanical breakdowns," said Grande. "And so, by asking folks to conserve water, we're actually asking them to give our equipment a break from time to time."