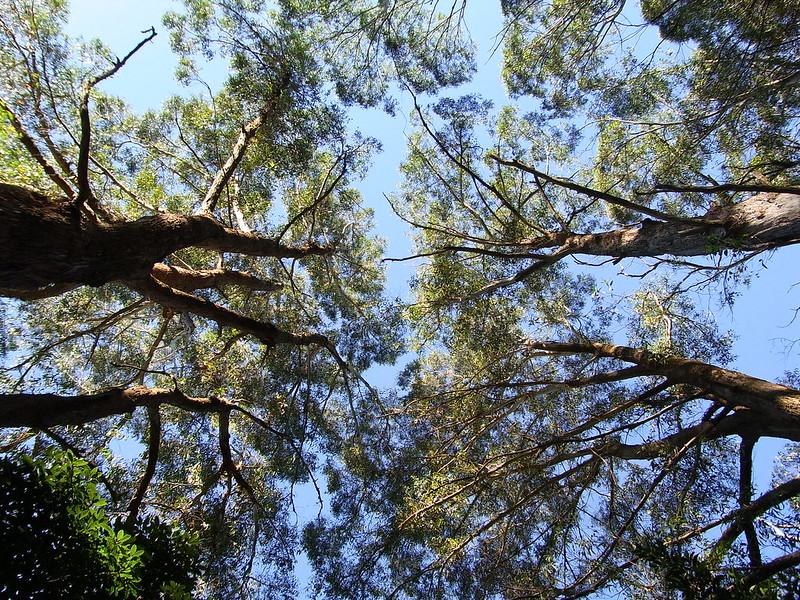 Utility Eliminating Coal By 2040, On Track To Cut Emissions In Half By 2030
By Danielle Kaeding
Share:

Madison-based Alliant Energy announced it will plant 1 million trees across Wisconsin and Iowa as part of efforts to promote sustainability and transition to clean energy. The utility would be the state's first corporate partner to help Wisconsin fulfill its pledge of planting millions of trees in the next decade.

The utility announced the initiative Tuesday as part of its 2021 Corporate Responsibility Report, which outlines Alliant’s progress on reducing carbon emissions and advancing renewable energy.

"We take great pride in advancing a more sustainable future through our purpose-driven strategy to serve customers and build stronger communities," said Alliant President and CEO John Larsen in a statement. "It’s one of the many reasons I am pleased to announce our plan to add more than one million trees to our service areas over the next decade, in honor of our customers."

Alliant will partner with the Wisconsin Department of Natural Resources on the effort. Gov. Tony Evers pledged on Earth Day that the agency would plant 75 million trees by 2030. The utility plans to plant the trees primarily on public land in rural and urban areas within its service territory as part of reforestation and preservation projects identified by the DNR over the next decade.

"We're kind of learning as we go along here, and it really is just making sure that the agreements fit both entities so that we have the capacity to assist with their efforts," said Heather Berklund, the DNR's chief forester.

Berklund said more details on a formal pledge will be worked out this summer. She added that such tree planting initiatives are critical as Wisconsin's forests contribute $24 billion annually to the state's economy, as well as numerous social and environmental benefits in the form of habitat and recreation.

Alliant said the cost of the project is not yet known, but the utility said the initiative would be funded by shareholders, not ratepayers. The tree planting is expected to begin at a small scale this year, according to Jeff Hanson, Alliant's director of environmental services and corporate sustainability.

"The larger forest-oriented projects — that may take a little bit longer to get off the ground because we're dealing with growth of saplings within the DNR nurseries and getting those to a point where they're mature enough to be brought out to the forest — they may have an inventory now that's sufficient to really get us off the ground, but we need to work out a few of those details at this point," said Hanson.

The state has already planted 4.8 million seedlings in rural areas and 42,000 seedlings in urban areas toward its overall goal so far this year. The state's nurseries have typically sold 3 million seedlings over the past five years, but those numbers have surged since the onset of the COVID-19 pandemic.

Alliant's tree planting initiative is in addition to the utility’s plans to eliminate coal from its power mix by 2040 and build nearly 1,100 megawatts of solar in Wisconsin by the end of 2023. The investment is expected to power more than 283,000 homes.

The utility recently began building six solar projects that will produce 675 megawatts of solar power. The projects are part of Alliant’s nearly $1.4 billion investment in solar, of which 35 to 40 percent will be financed by a private investor.

In its report, the utility highlighted its announcement earlier this year to retire 1,100 megawatts of coal with the closure of the Columbia Energy Center in Columbia County, which will mark the end of the utility’s coal-fired units in Wisconsin. Alliant is already on track to shutter its Edgewater coal plant in Sheboygan by the end of next year. The utility also plans to retire another 1,300 megawatts of coal by the end of 2024.

Alliant says it's well on its way to cut carbon emissions in half from 2005 levels by the end of the decade. The utility has already reduced emissions by 42 percent and plans to go carbon-neutral by 2050.

Evers has also set a goal for all electricity used in Wisconsin to be 100 percent carbon-free by 2050.

Hanson said Alliant is confident they can reduce emissions from their power mix by 80 percent, but the utility will rely on advancements in technology to bridge the remaining gap. He noted that the company’s investment in solar underscores the rapid technological advancements that have occurred within the last decade.

"We expect the same to continue to happen with not only those renewable assets, but also energy storage, which will turn into another large component of our profile during the coming years," said Hanson. "Most of our renewable projects will likely be paired with some form of energy storage, which will help us also reduce that reliance on natural gas."

In 2020, natural gas accounted for 41 percent of Alliant’s power mix in Wisconsin and Iowa, which emits about half as much carbon dioxide as coal.

Environmental groups like the Sierra Club have called on utilities to shift away from building facilities powered by fossil fuels, including natural gas. The group petitioned Alliant to eliminate coal faster to reduce costs for customers and prevent further pollution that contributes to global warming. The group has said that the utility’s plans to retire the Columbia coal plant earlier will prevent 97 million tons of carbon dioxide from being released into the atmosphere.

"The fact that they are shutting down their coal plants and pivoting to clean energy to fill their energy is great progress, and exactly going in the right direction," said Lane.

The company’s clean energy roadmap for Wisconsin is anticipated to save customers between $2 billion and $6.5 billion over the next 35 years. Consumer advocates like the Citizens Utility Board have been working with Alliant and other utilities to ensure the clean energy transition does not place undue financial burden on ratepayers.

The board and other groups reached a settlement with the utility in May that has yet to be approved by the state Public Service Commission over expenses tied to Alliant’s clean energy transition as the utility plans to raise electric and natural gas rates next year. Alliant said it needs to raise revenues to help fund a more than $1 billion investment in solar, as well as recover around $500 million in investments in its Edgewater coal plant.

The Citizens Utility Board said the agreement reduces the profit the utility will make from the coal plant as Alliant is retiring the facility.

"Alliant is going to restructure the costs for the Edgewater plant in such a way that there's going to be near-term savings over the next nine years," said Tom Content, the board's executive director. "That's pivotal because that's a time when we could be seeing a lot of extra rate pressure because of all the new solar plants that are going in."

Content said they're concerned that utilities like Alliant aren't just building their way to a clean energy future, but helping to promote energy efficiency and savings for customers.

He also highlighted that Alliant is seeking to make its corporate footprint more sustainable by electrifying their fleet. Electric vehicles now make up 10 percent of their fleet, and Alliant has reduced its water use by two-thirds since 2005.

The change is due in part to conversion of coal ash ponds to a dry ash system at the Edgewater coal plant. The move was made as part of an Obama-era rule that requires coal plants to cease discharge or recycle 100 percent of bottom ash wastewater — water that carries ash removed from furnace walls — to reduce pollution from wastewater of coal-fired power plants.