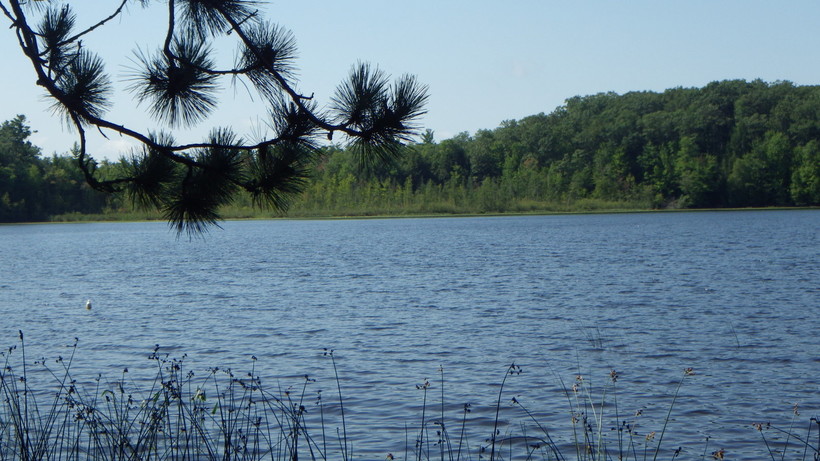 There are only five landowners on Mission Lake, located south of Hatley in Marathon County. Image courtesy of the North Central Conservancy Trust

88 Acres Of Shoreline Set Aside On Mission Lake In Marathon County
By Glen Moberg
Share:

Mission Lake, one of the few remaining undeveloped lakes in Wisconsin, will be protected under a new agreement between North Central Conservancy Trust and Crossways Camping Ministries.

The 109-acre lake, near Hatley in southeastern Marathon County, provides habitat to a wide variety of animals and plants.

In early December, a conservation easement between North Central Conservancy Trust and Crossways Camping Ministries — a Lutheran organization that operates Waypost Camp — set aside 88 acres of shoreline on Mission Lake.

Crossways is one of just five landowners on the lake.

North Central Conservancy Trust received funding from the state Department of Natural Resources' Lake Protection Grant program and from Marathon County’s Environmental Impact Fund to pay for the conservation easement. A conservation easement is a legally binding agreement that protects a natural area from development and other activities that may degrade it while the land remains in private hands.

"Conservation easements in general, and this one in particular, protect shorelines and wetlands which are diminished in the state and continue to be diminished," Smith said. "This is in the Plover River Watershed, which is an important resource for the region."

During the DNR's review of Mission Lake prior to granting funding, the agency identified eight sensitive areas for wildlife habitat on Mission Lake, five of them at the camp. Jake Czarnik-Neimeyer, capital campaign director at Crossways, said protecting the lake has always been a priority.

"It's one of only about five or six pristine lakes. It's a distinction that the DNR uses for lakes that are not developed," Czarnik-Neimeyer said. "We are of course working hard to be good stewards of the land. At the same time there's no guarantee that we will be the owners of this property in perpetuity."

"The lake itself has a lot of diversity. There are a lot of intact wetlands and aquatic plants. It's a very good fishing lake," Smith said.

In 2016, an archeological investigation by Ray Reser, director of the University of Wisconsin-Stevens Point Museum of Natural History, confirmed the presence of Native American burial mounds and artifacts at the camp. The investigation also revealed that most of the mounds had been disturbed in the past.

Czarnik-Neimeyer said the camp would be improving trails and signage in the conservancy area.

"Regardless of their background, we provide an opportunity for people to come and experience the great outdoors and grow an appreciation for God's creation," he said.