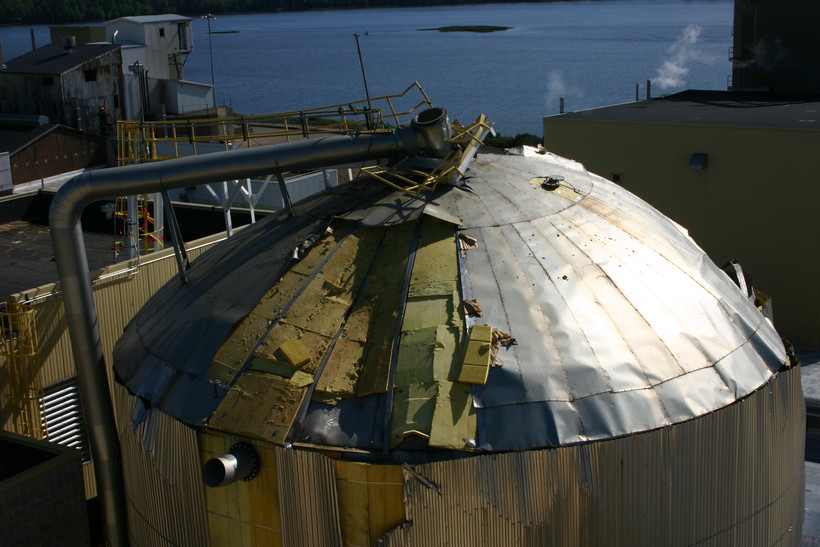 After Worker Is Burned, Tomahawk Mill Once Again Under Federal Investigation

A federal investigation is underway at a Tomahawk packaging mill following an accident in which a worker was critically burned.

53-year-old Mike Slesicki is in critical condition at the University of Wisconsin Hospital burn unit in Madison, following the accident yesterday at a Packaging Corporation of America (PCA) mill in rural Tomahawk. PCA's human resources manager Dave Blank said that Slesicki was igniting a boiler after a routine maintenance shutdown when "there was a flash and he was burned." Slesicki had worked at the plant for nine years.

Blank says federal Occupational Safety and Health Administration investigators are at the facility today, and are working with PCA employees, who are conducting their own, separate investigation.

The incident comes only eight months after two workers from Michigan were burned and killed while performing maintenance at the mill. Neither was wearing protective clothing at the time. Less than five years ago, in July of 2008, an explosion at the mill killed three workers and injured a fourth.

The PCA mill is one of the biggest employers in the region. Robert Lussow represents the area on the Lincoln County Board of Supervisors.

"The mill is extremely important to the area. There isn't any question about that. I'm proud of the mill. I'm proud of the people. I golf with some of them. I know the managers. It's been here a very long time. And it's one of the largest employers in the area."

The OSHA investigation into Tuesday's accident at the PCA mill could take up to six months.