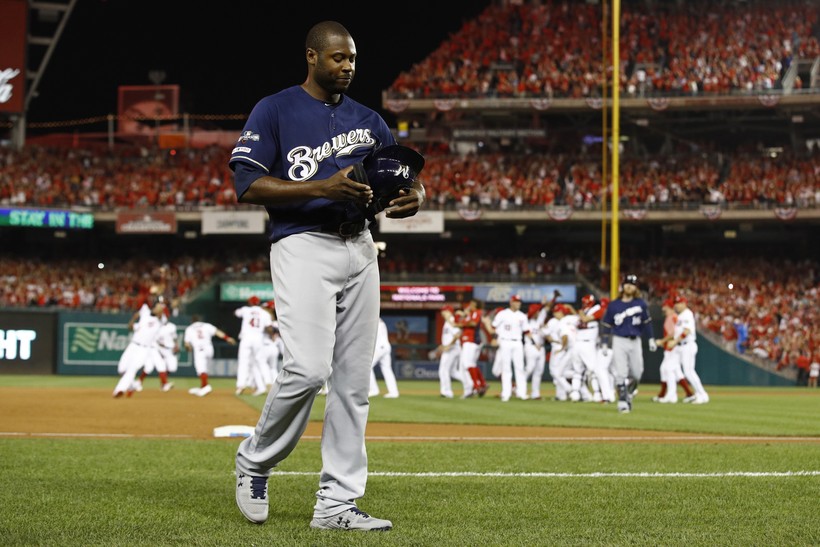 In September, the Milwaukee Brewers had the best record in the major leagues. One day into October, the team's season came to an end.

Reliever Josh Hader loaded the bases by hitting one batter, walking another and allowing a bloop single.

"Trent was being aggressive and trying to get a throw off, and it looked like the ball probably kicked back a little bit on him, because it had some spin on it," said Brewers manager Craig Counsell, who called the eighth an "ugly inning."

The Nationals advance to face the Los Angeles Dodgers, the team that eliminated the Brewers from the playoffs last season.

Milwaukee's bid for a spot in the playoffs looked out of reach early in September, when star outfielder Christian Yelich fractured his kneecap.

But the team improved its offense and its pitching throughout September to secure one of two National League wild-card slots and briefly contend for the Central Division title.

Yelich, who was in Washington for Tuesday night’s game, said afterward that the 2019 season showed the character of the team.

"This year we faced a lot of adversity," he said. "It's definitely a tough loss tonight, hard to swallow. But I think when all the dust settles and we really evaluate the year, we can be proud of a lot of things. I really think we'll be better off for a lot of those experiences."