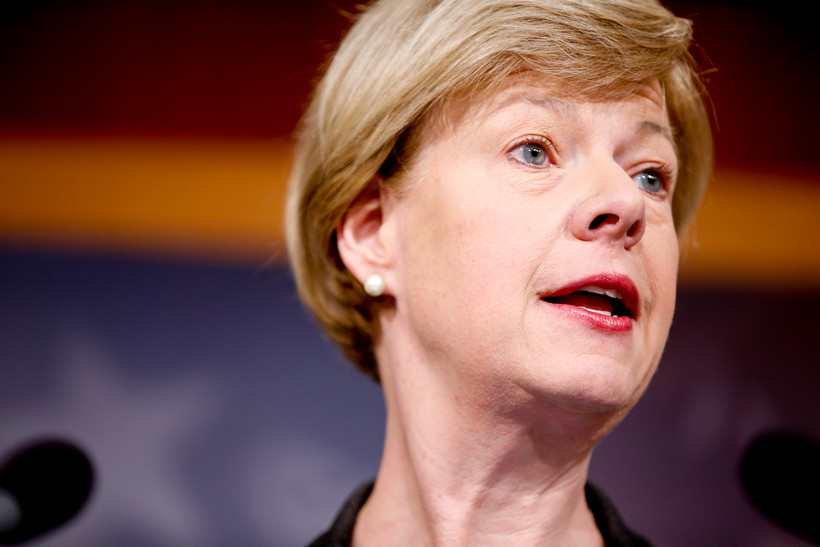 In the days prior to this weekend's deadly mass shooting at a gay nightclub in Orlando, Florida, U.S. Sen. Tammy Baldwin, D-Wis., said she participated in a 30th anniversary celebration in Milwaukee to commend the progress made over discrimination and hate with members of the LGBT community.

"It is true," she said. "Our thoughts and prayers are no longer enough and we have got to come together and take action."

Baldwin said although she voted in favor of banning assault weapons, lawmakers need to take immediate action by bridging what’s known as the "terror gap" by allowing FBI authorities to prohibit gun sales to potential terrorists who are under investigation or on the "No Fly" list.

The Orlando shooter, Omar Mateen, was a U.S. citizen whom Baldwin said was inspired by terrorist organizatons and legally purchased a "weapon of war" and then targeted members of the LGBT community. Baldwin said Mateen had been under investigation for connections to terrorism two separate times in 2013 and 2014. Two years prior to purchasing the gun he used on Sunday, his name was removed from the "No Fly" list.

"The idea that somebody is deemed dangerous enough not to be able to fly the commercial airlines or is under watch is absolute common sense that they should not be able to get a weapon of war," she said. "It seems to me just common sense that we would strengthen our already existing background check laws for these additional individuals."

The senator said the country has suffered mass shootings at places such as elementary schools, churches, theaters and "places where people congregate."

"We have got to take the next step," she said.

Baldwin also said two of the main hindrances that is preventing lawmakers from moving forward and preventing future terrorist attacks are the sense of unity and the National Rifle Association.

"I think it’s the fact that we’re not acting united," she said. "The strength of the NRA is a huge piece of this, but instead of asking America to come together, as many leaders have at this point, too many begin to point fingers at one another and create a political gridlock which is unacceptable."

Baldwin said the Orlando massacre continues to break her heart and as a U.S. senator for Wisconsin, it's vital that all of the nation's lawmakers -- from all sides -- unite and create change.

Senate Democrats plan to once again push for greater gun control. This week, they plan to reintroduce a bill banning the sale of guns to a suspected terrorist. It’s a proposal that failed to win enough support in December following a mass shooting in San Bernardino, California, by militants apparently inspired by the Islamic State group in Syria and Iraq.

"We are better than this in America," she said. "We’ve got to do better."