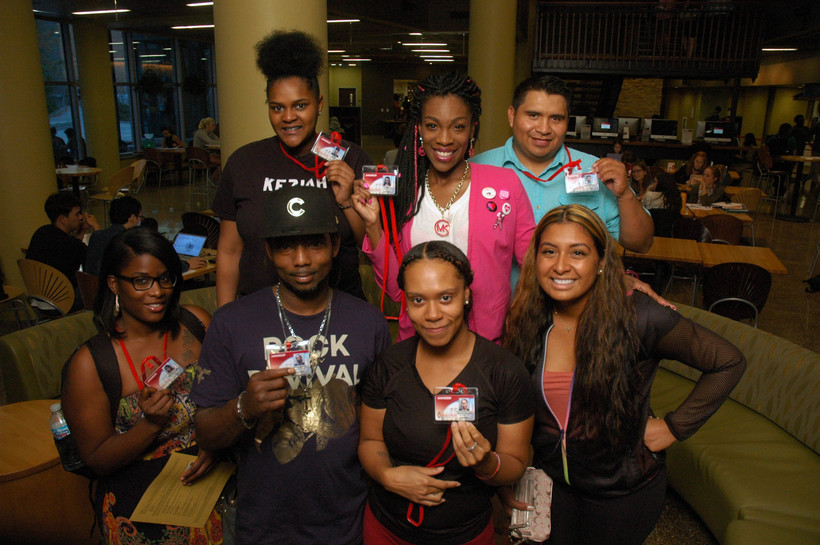 But the University of Wisconsin-Madison Odyssey Project is convinced that the classics can change lives.

"It’s important to tackle inner poverty, and to find a way of reaching people in their soul and their sense of self-worth," says Emily Auerbach, director of the program. "... When you make the arts your own, when you take these great writers and figures from the past and understand your struggles, something happens. And we call it a transformation."

The program began 15 years ago under that premise, creating a two-semester humanities course for 30 low-income adults.

At the end of the course, students leave with six UW credits in English literature, and often, a different mindset. According to a recent survey of the program, graduates are more likely to read, vote and go on to college.

In and out of prison for years, one participant became a minister working with men behind bars. Victims of domestic abuse became social workers. A Sudanese refugee obtained a master’s degree in social work and began working with other refugees.

But more than anything, the program gives participants an awareness of their own potential. Many had been told they weren’t cut out for college, or had grown up in a family where college wasn’t the norm.

"One of my students said that college wasn't for him, because no one in his family went to college, it seemed like a chess game," Auerbach said. "It looked like a good game, and everybody else was playing, but he didn't know the rules."

That kind of story reminds Auerbach of her parents, who were once told they weren’t meant for college either. Regardless of what they were told, they did it anyway. Her father, a Holocaust refugee, went on to become a nationally-known research scientist. Her mother became a reference librarian and social worker.

"They were written off in terms of access to college," she said, "And we have hundreds of students who are showing just what’s possible if you give access."

Dreams aside, higher education is expensive. One of the challenges of the program is figuring out how to keep students continuing their education when unexpected costs throw a wrench in their plans.

Auerbach says she continues to mentor many program alumni, even after their time with the Odyssey project has ended. In a response to staying connected, they developed a new initiative called Onward Odyssey, which supports alumni as they continue their education. There’s also Odyssey Junior, which supports students’ children and grandchildren.

But Auerbach has no plans to stop there. One goal in the program’s next 15 years, Auerbach said, is to work on expanding the program across the state. Currently, it’s limited to Madison.