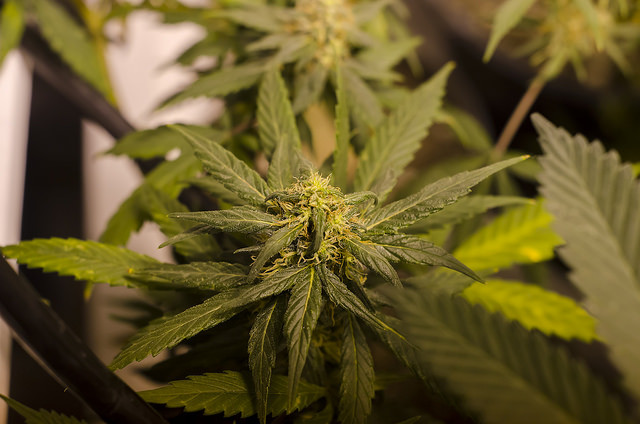 A bill that would increase access to a marijuana-derived oil in Wisconsin met a dramatic end in the state Senate this session, but advocates are vowing to continue work on the proposal.

Cannabidiol, also known as CBD oil, has been used to treat some seizure disorders in children. It was legalized in Wisconsin in 2014. However, some potential patients have had trouble accessing the treatment because of provisions in the bill that requires FDA approval for prescriptions.

The bill, which had broad bipartisan support and passed the Assembly by a large margin, was blocked by procedural moves from a vote earlier this week in the final Senate session of the year.

Under the proposal before the state Senate last week, access to the oil would be opened up, allowing parents to buy it without a prescription.

Bill co-sponsor Sen. Van Wanggard, R-Racine, said some parents have reported finding prescriptions nearly impossible to obtain. But senators who oppose the bill argued that it could pave the way for legalization of marijuana down the road.

The bill wasn't scheduled for a vote during the lawmakers’ final session on Tuesday, but state Sen. Robert Wirch, D-Pleasant Prairie, tried to force a vote with some procedural maneuvering.

Senate Majority Leader Scott Fitzgerald pushed back, pointing out the legislation was scheduled for a public hearing on Thursday, and therefore couldn’t be called for a vote.

Democrats, however, continued to push, with state Sen. Jon Erpenbach, D-Middleton, moving to suspend the rules in the body, which would have allowed for the vote.

A vote on suspension of rules wasn’t allowed to go through, however, as Fitzgerald and Senate President Mary Lazich abruptly moved to adjourn the Senate.

On Wednesday, Thursday's public hearing on the bill was canceled.

Sally Schaeffer, of Burlington, was watching Tuesday's session. The proposal in question was named for her daughter, Lydia, who would have used CBD oil for the treatment of her seizure disorder. Lydia passed away in 2014 before Schaeffer was able to secure access to the oil.

"We were watching it live,” Schaeffer said, of Tuesday’s Senate conflict. "My husband actually screamed out in anger, with tears in his eyes, 'Did her death mean nothing?'"

Opponents have voiced concerns that the bill could lead legalization of marijuana in Wisconsin. The Wisconsin Medical Society also opposed the bill, saying clinical trials are needed to determine the oil’s safety.

Lazich and Vukmir didn’t return requests for comment on Friday. Stroebel confirmed his concerns, but declined to comment further.

Fitzgerald said he understood Tuesday’s Senate proceedings may have been frustrating to some. "From the outside looking in, it probably doesn't make much sense," he said on Tuesday.

However, he said he expects the Senate to continue work on the measure when it returns in January.

Schaeffer said she'll be back next year to continue advocating for the changes.

One former Assembly Republican had critical words Friday for the Senate not moving forward on the bill: Former state Rep. Michelle Litjens, R-Oshkosh, said there was "no doubt" the Senate should have taken up the bill for a vote and passed it.

"I do not understand why some people are unwilling to allow these children who are facing these seizures on a daily basis — why we are not giving them that respite," she said.

"This is not a gateway to marijuana," she said. "This should have been a really easy vote for them."

She said she thought the issue wasn't yet dead, especially if proponents of the measure returned next year with even more testimony in support of it.

"You know, it's coming back next year," she said. "Hopefully, we hear from more of these parents and they really twist the arms of some of those senators to make sure it happens."