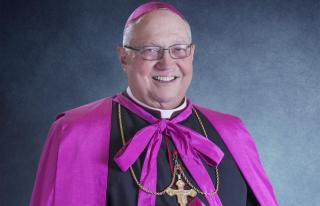 The second-in-command to Bishop Robert Morlino has been elected to temporarily lead the Diocese of Madison following the bishop's death.

Meanwhile, a funeral Mass for Morlino has been set for next Tuesday at St. Maria Goretti Catholic Church in Madison. The State Journal reports Milwaukee Archbishop Jerome Listecki will preside over the Mass. Bartylla will deliver the homily.

Sioux Falls Diocese Bishop Paul Swain, who has strong ties to the Madison diocese, will lead a prayer vigil for Morlino on Monday at the O'Donnell Chapel at Holy Name Heights.