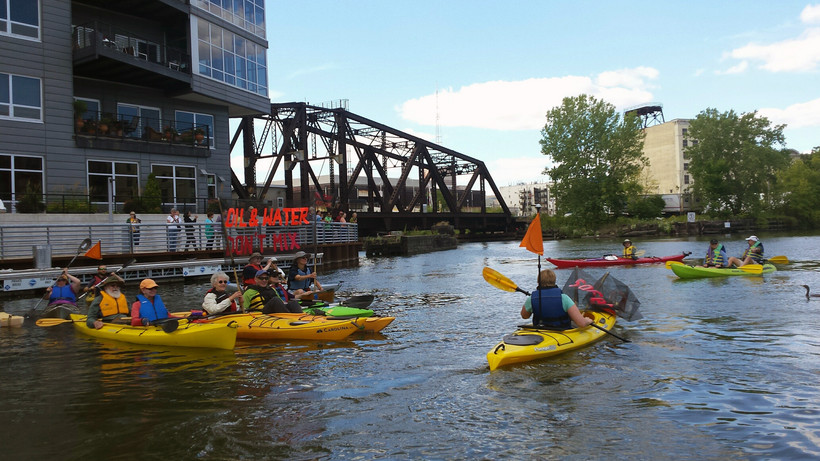 Environmentalists took to the river to protest in Milwaukee Sunday.

Wisconsin environmental groups want to know more about the rail industry's clean-up plans, in case of an oil train accident near water.

A coalition of groups held a protest Sunday near a rail bridge that passes over the confluence of Milwaukee and Menominee rivers. Cheryl Nenn of the advocacy group Milwaukee Riverkeeper said that in the river basin alone, there are 36 locations where Canadian Pacific trains pass over water, plus many miles of track along the rivers.

Nenn said in many oil train explosions, petroleum gets into water: "Whether it's, you know, very close to it or maybe a little bit further away, a lot of the drainage all ends up somewhere in a waterway."

Nenn and other protest participants called on Canadian Pacific to share its spill response plans for waterways.

The company said it has plans for every facility it operates in the state, plus a robust network of emergency response contractors and a close working relationship with the Department of Natural Resources and Coast Guard.