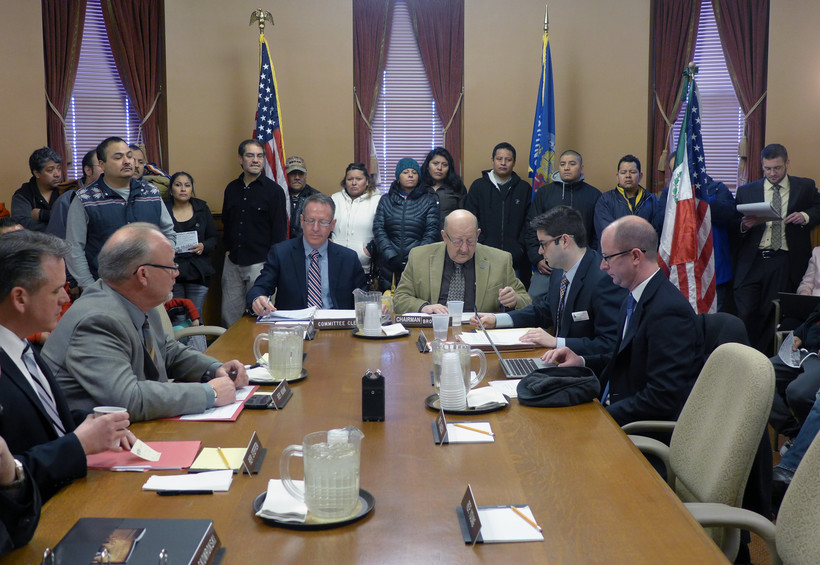 Immigrant activists filled the room as members of the Assembly Committee on Urban and Local Affairs took up the bill.

Local  governments couldn't pass ordinances preventing police from asking crime suspects about their immigration status under a bill circulating at the state Capitol. The measure has cleared an Assembly committee but even some lawmakers who support the bill say they're worried about the message it sends to immigrants who fear deportation.

Dozens of Latino immigrants packed the committee hearing at the Capitol spilling out into the hall. They stood silently as the committee debated the bill and then approved it on 6-3 party line vote. But Green Bay Republican Rep. David Steffen said despite his 'yes' vote, he's still not sure the bill is needed.

"Is the juice worth the squeeze. Is the public policy benefit equal to or greater than the perception and the expanse of fear even though I believe it to be unfounded, within a community," Steffen said.

At a news conference after the vote, members of the group Voces De la Frontera urged Latino immigrant workers to protest the bill by flexing their economic muscles. During a so-called  'day without Latinos' being planned for next Thursday, workers are being encouraged to stay home.

The group's director, Christine Neumann Ortiz said similar protests have been successful in the past in blocking anti-immigrant laws.

"If this moves forward and (Gov.) Scott Walker allows this to move forward, then we are not going away, we are taking care of our own and this movement is going to continue to grow," Ortiz said. "We defeated it in 2006 and we will defeat it again."

Opponents of the bill say it undermines public safety by making it harder for local governments to promote cooperation between police and immigrants by discouraging  those who are undocumented from reporting crimes. Supporters say the bill will insure local police can cooperate with federal immigration agents in deporting undocumented immigrants who are charged with a crime.