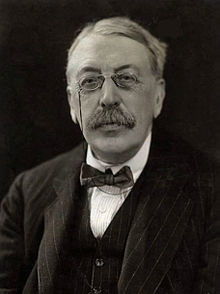 Bringing his opera Savanarola to the stage was an uphill struggle for English composer Charles Villiers Stanford. The premiere was set for London’s Covent Garden as part of the German Opera season, on June 18, 1884, but when the lead soprano pulled out of the performance, it had to be postponed for nine days. A replacement soprano couldn’t master the part and also backed out, leaving Stanford to muster what optimism he could, even as he weighed the alternatives–hazard a bad performance or postpone again and risk losing credibility with the public.

The production was postponed again.

A third soprano learned the part in a week, and Savanarola had its shaky debut on July 9. Its most immediate problem wasn’t musical. The opera was performed in German, and, because of a copyright suit, the libretto and story line were available only in German, in Gothic script that few in the audience could decipher.

Nonetheless, a critic for the London Times was astute enough to determine that the opera suffered from an “almost total absence of any dramatic qualities.”

Composer Hubert Parry maintained that although the music was “clean and well-managed,” its lack of excitement produced very little applause except from Stanford’s personal supporters.

The opera’s large chorus, elaborate sets, and lavish costumes couldn’t save it.

The main problem was that, as an opera composer, Stanford had an Achilles heel: He could write dramatic music if the libretto called for it, but in the case of Savanarola, librettist Gilbert A’Beckett had written a plodding story weighed down with pseudo fifteenth-century language. Stanford had been unable to see that the libretto had no drama in it.

Not that the music was without shortcomings. Stanford’s inconsistent use of character motifs and reliance upon borrowed Wagnerian harmonies produced an opera that made Savanarola’s martyrdom at the stake an ordeal for the audience, too.

With his last four librettos–and the resulting operas--Stanford would be luckier.