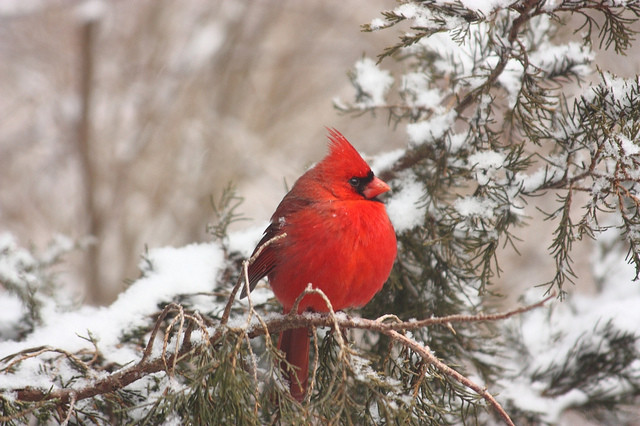 Choice For Counting Over Hunting Dates Back To 1900
By Jill Nadeau
Share:

Counting birds, instead of hunting them, must have seemed pretty strange 116 years ago, but not anymore. Between Dec. 14 and Jan. 5, more than 75,000 people in the United States and Canada are expected to be counting birds, according to the National Audubon Society.

When ornithologist Frank Chapman first proposed the count in 1900, conservation efforts were just beginning. The norm was to have a Christmas hunt where participants divided into two teams to see who could kill the most game. But Chapman suggested a new tradition and the society's annual Christmas Bird Count was born.

"That was the transition period where we started getting away from market hunting and we were starting to appreciate more of the natural resources for what they are not just the consumptive side of it," said David Drake, a professor of forest and wildlife ecology at the University of Wisconsin-Madison and a UW-Extension wildlife specialist. "Some really influential people really made birding a cool thing to do."

The purpose of the count is to identify and count birds living in certain areas. The count works hand-in-hand with another count, the Breeding Bird Survey by the United States Geological Survey. That count is done in the summer and birds are counted in their breeding grounds, Drake said.

"Those two counts in time give you a pretty good representation over the course of the year about what the bird population, continent wide, looks like," he said.

Volunteers make up the count's core group and they don’t need to be an experienced birder to participate, Drake said.

"Anybody can get involved, even if you don’t have binoculars or never birded before in your life," Drake said. "It’s not intimidating, and new people are welcome just like experienced people are. I think that’s the nice thing about birding, all the experienced people want to take you under their wing."

To participate in the count, go to the National Audubon Society interactive map where you can find a count location – or circle – you can join. A specific methodology must be used when counting, and participants must make arrangements with each circles’ compiler.