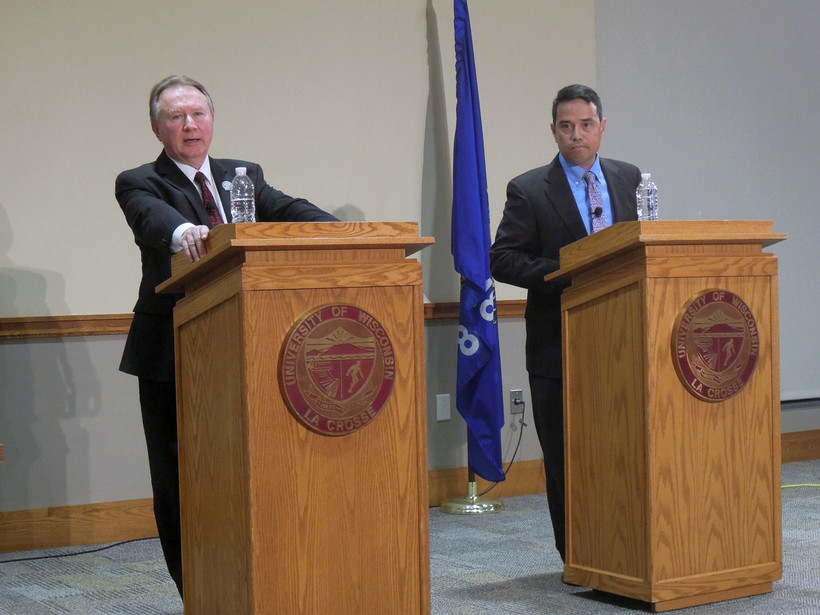 If you are looking for a microcosm of public opinion on how to fund road improvements in Wisconsin in next month’s election, it might be in La Crosse County.

They will gauge opinion on a range of road funding options including raising property taxes by 15 percent, creating an annual wheel tax of $56 on each licensed vehicle in the county; and creating a tourism-related Premiere Resort Area Tax of 0.5 percent. A fourth question asks voters a general question: if they want the county to put an additional $5 million per year toward an estimated $101 million of unmet road needs in La Crosse County, without suggesting a new funding source.

La Crosse County residents already approved the concept of a new Premiere Resort Area Tax for road funding in April 2017. But for the tax to take effect, the Wisconsin Legislature must approve the action. The process was stalled after the GOP-controlled Legislature failed to consider a bill recognizing the first passage of the referendum.

Both the referendums and the issue of providing more funding for transportation improvements was the main topic at a debate this week among the candidates for the 94th Assembly District — made up of all areas of La Crosse County except for the city of La Crosse.

State Rep. Steve Doyle, D-Onalaska, has represented the 94th for the past eight years and is a longtime member of the La Crosse County Board of Supervisors. He’s said the referendum results will guide what he does in the Legislature.

"Two years ago, I told my county board colleagues that if that referendum passes, I’ll introduce the bill. I thought 'That’s safe, I won’t have to worry about that, it’s not going to pass.' Well guess what, the voters of La Crosse County said, 'We want to have that Premiere Resort Area Tax.' So, I introduced the bill," Doyle said.

"I’m going to do whatever the voters tell me this time also because that’s how democracy works," he added.

The La Crosse County Republican Party opposes each of the county referendum questions, arguing the county board has raised taxes in recent years without putting that money toward improving roads. That opposition is echoed by Doyle’s Republican challenger, Albert Rohland of La Crosse.

"To be honest, the state of Wisconsin has chosen to increase their funding from 28 to 30 percent. Are we falling short in funding the roads? (In La Crosse County) I’m looking at a 10-year record where the county has essentially reduced spending money on roads," Rohland said. "It’s not a case of, 'Hey, are we running out of revenue?' We’re not actually spending the revenue we do have on roads in the first place."

Doyle said La Crosse County spending on roads has increased modestly in recent years, and that transportation funding is a challenge for almost all Wisconsin counties, towns and municipalities.

Rohland said funding infrastructure improvements is one of the biggest challenges facing the state of Wisconsin, but it’s also a national challenge. He said he remains opposed to raising taxes to fix Wisconsin’s roads.

"I have talked to the governor and I agree with him," Rohland said. "We may have to increase the gas tax, but commencement with either eliminating taxes or outright reducing the taxes all the way around."

"We have to figure out a way to raise revenue. My preferred route would be to have a modest increase in the gas tax, 5 or 10 cents per gallon. Let’s see what kind of a start that provides," he said.

Doyle said his position is similar to what many Republican lawmaker’s position was in the last legislative session.