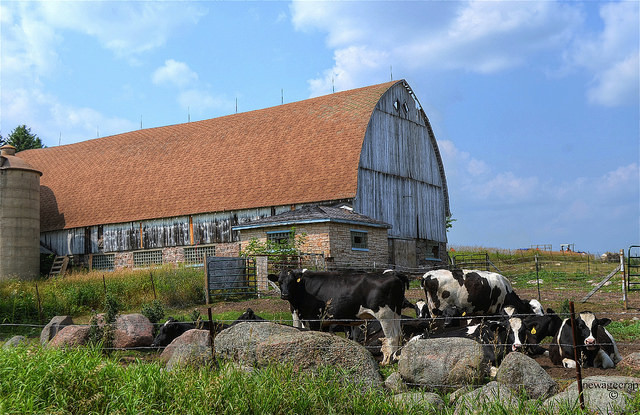 From education to farms to roads, reinvesting in rural Wisconsin is a high-priority issue in the Democratic primary for Wisconsin's 92nd Assembly District.

Max Hart of Black River Falls, Rob Grover of Galesville and Desiree Gearing-Lancaster of Black River Falls are in the Aug. 14 partisan primary. The winner of that race will face incumbent state Rep. Treig Pronschinske, R-Mondovi, who is completing his first term.

The district includes parts of Buffalo, Trempealeau and Jackson counties and is largely rural.

Hart is a farmer, rural lender and member of the Jackson County Board who believes more needs to be done to help small family farms over an increase in corporate farms. He would encourage state agencies to try and increase agricultural exports in China and Southeast Asia.

"Food made in China and Vietnam isn't as safe as American food, so they want to pay for the healthy food we have here," Hart told WPR during a candidate forum. "I think we can do a better job of doing better trade relations with these foreign countries."

Rob Grover is a former corrections worker who has started a pizza restaurant on his farm. He and Hart agree the state needs to help family farmers even more with the Farm to School program and the Buy Local, Buy Wisconsin program. But Grover said the state needs to make a bigger financial commitment to farmers.

"There's a lot of departments in our state that buy food, whether it be our corrections system or others, and if we can really incentivize it and make it so the state is buying those products, that's where you start," he said during the forum.

"We have to take a look at where we're spending our money now and see what's a more equitable way to appropriate that," he said. "Rural Wisconsin, for decades I think, has been left behind when it comes to our rural infrastructure funding."

Hart said the recent approach state lawmakers have taken to borrow money to pay for road construction is no way to handle infrastructure investments.

"I'm a supporter of raising the gas tax. I know it's not the most fun vote to make, but at some point in time you have to pay for these roads," he said. "Do you pay for them upfront by higher gas tax and having a better road, or do you pay for them by putting more tires or ball joints or struts on your car?"

Gearing-Lancaster, who was unable to participate in the forum due to a scheduling conflict, told WPR later that the work experience she has had sets her apart from Hart and Grover. She has been sitting on the Black River Falls City Council for more than 18 years, along with working in the state Capitol building in the late 1970s.

Gearing-Lancaster has run two other times for this seat but believes this time is different.

"I feel like I am older now. I have more experience," she said. "I have a really broad ranged employment history, professionally and personally I have had a lot of experiences. I’ve helped with a lot of campaigns so I thought, give it another shot."

Gearing-Lancaster’s campaign focuses on "knowing your power," which she uses to encourage the people of the 92nd District to empower themselves to let their voices be heard.

Pronschinske, the incumbent, said the top issue for district residents is a growing problem with opioid addiction.

"The numbers are just going off the charts and we have to pay attention because (drug addiction) can happen to anybody. It doesn't matter what stature you are, you can get caught up in that," he said.

Pronschinske said families need to be strengthened and that health care for drug addiction is best dealt with at the state level.

Grover and Hart agree drug addiction is a major issue for the district, but say the state needs to work to bring more treatment centers to rural areas and make sure treatment is covered by health insurers.