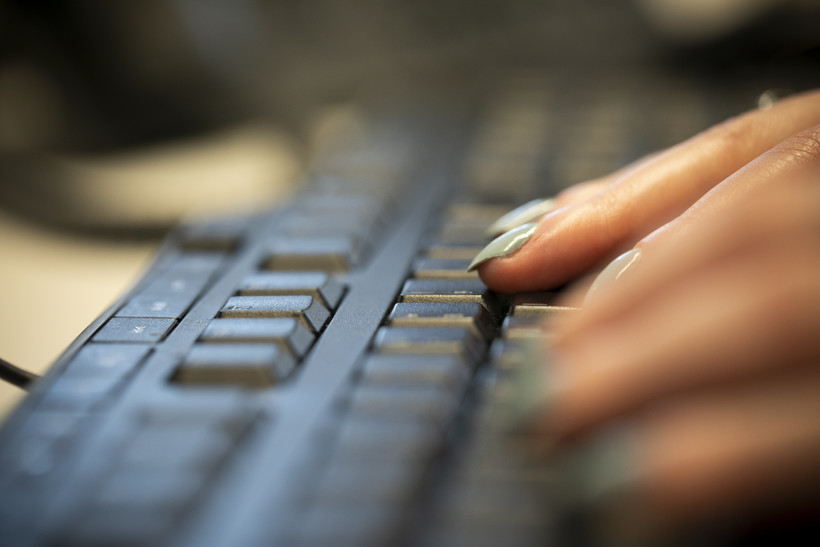 6.4 Percent Of Wisconsinites Under Age 18 Don't Have Internet At Home, According To Census Data
By Madeline Fox
Share:

More than 82,000 children in Wisconsin don't have reliable internet access at home. That's put them at a disadvantage as school, play dates, clubs and other activities have moved mostly online during a time when many have been asked to stay home to minimize coronavirus transmission.

School districts have adapted differently to get lessons to students with limited internet access or devices. Some, like Milwaukee Public Schools, are distributing printed packets of schoolwork at their grab-and-go food distribution sites, in addition to passing out Chromebooks to students without a device at home. Others have ordered hotspots for families without internet access.

Melania Klemowits, communications and development coordinator at the Milwaukee nonprofit Digital Bridge, said they've gone from people not necessarily knowing about the "digital divide" to it being top of mind for students, families and government agencies scrambling to adapt to virtual learning and telecommuting. The Digital Bridge takes in used electronics from corporations, refurbishes and wipes them, and sells them at a low cost to local nonprofits.

Since the pandemic upended life in Wisconsin, Klemowits said they've seen a jump in demand, with more people coming to them directly rather than through nonprofit partners, at the same time that many of their donation sources have dried up.

By mid-March, she said they'd sold out of all their devices. The donations that they have been able to get have been mostly desktop computers, which is at odds with the demand that's skewing more to portable devices like laptops, iPads and Chromebooks.

"We've been triaging the need — things have been very busy for our team," she said.

Libraries, which allowed students without internet or devices to get their homework done before COVID-19 restrictions, are closed except for curbside pickup — but many are keeping their Wi-Fi switched on so students can access it from the parking lot. Some schools are doing the same, while others are sending buses to areas with particularly limited Wi-Fi access to broadcast an internet signal.

"There's so many creative solutions that have just been born out of this mad scramble to get things back to, not necessarily normal, but as functional as possible very quickly," said Ari Brown, Wisconsin Policy Forum report co-author.

In some of the state's more rural districts, families lack internet access because their local infrastructure means internet can’t reach their homes. In more urban areas, the problem is often financial. Families can't afford a monthly internet bill. Statewide, 45.5 percent of school districts said cost was the reason at least half their internet-less students couldn’t get connected.

"That actually was something that was surprising for me, just how widespread this issue is around the state — it's not limited to rural areas or urban areas, or suburban areas aren’t even all doing fantastic, like you might think," said report co-author Betsy Mueller. "It's really something that’s affecting all parts of the state."

The city of Milwaukee has more than twice as many children without internet than the state average, with 13.4 percent of those under age 18 lacking broadband access at home. Janesville is similarly high, at 12.4 percent, and Beloit is even higher, at 14.7 percent.

In Madison, by contrast, 5.6 percent of children don't have home broadband access.

"If you're stacking up Madison against Milwaukee, in general, that's how these things tend to play out," said Brown. "Madison has a relatively high share of higher-income families and  families who might be in professions that necessitated Wi-Fi in the home."

As part of the federal coronavirus relief CARES Act, DPI received $175 million in federal funds to support schools — 90 percent of which the agency plans to distribute to school districts to help them purchase technology to help students get connected, particularly those who are low-income or have disabilities. Even for those who had Wi-Fi at home before COVID-19 might be having trouble getting online.

"Now with one or multiple parents in the home who are working from home, with more people in general relying on the at-home Wi-Fi, even people with great working Wi-Fi beforehand might be experiencing issues," Brown said.