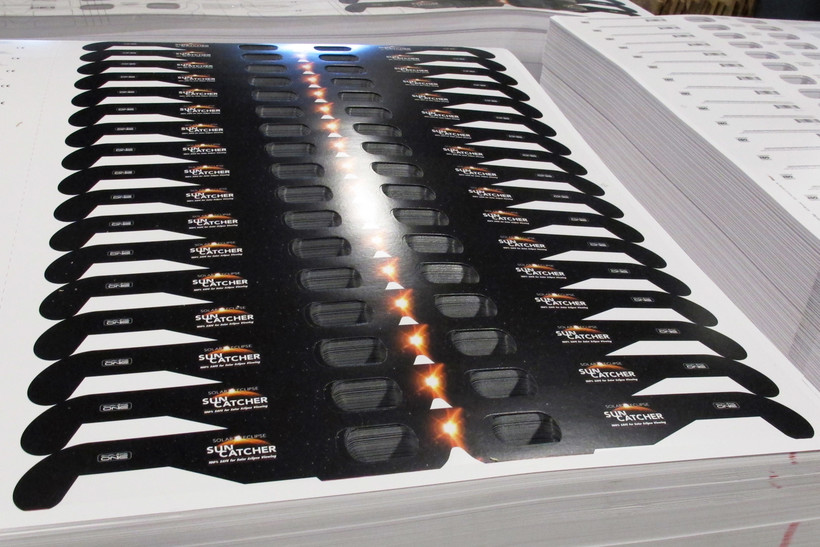 On Monday, the United States will experience a total solar eclipse that stretches from the West Coast to East Coast for the first time in 99 years.

There was a total solar eclipse in 1979, but it only crossed through a small portion of northwestern United States.

So a so-called drought is coming to an end, says Jim Lattis, director of the University of Wisconsin Space Place.

"So there’s been kind of a drought, so to speak. But we’re going to start catching up," said Lattis, who is also a faculty associate in the astronomy department at the University of Wisconsin-Madison.

The U.S. will to experience another total solar eclipse in 2024. But unlike Monday’s eclipse, that one won’t be coast to coast.

The next bicoastal eclipse in the U.S. won’t happen until 2045.

Here are some things to know before Monday’s big event:

Ordinary sunglasses will not cut it. You need to purchase special glasses, ideally from a bona fide source like NASA, the American Astronomical Society, or another trustworthy vendor. If you can’t get a pair of glasses in time, you can make a pinhole projector for free.

There is only one time when it’s safe to view the eclipse directly: during the few minutes when the moon is blocking the sun, and the only light is coming from the corona of the sun. That’s roughly the brightness of the full moon. Even if you’re in Wisconsin, or another area that’s not in the path of totality, it is not safe to view the eclipse without eye protection.

"This is one of the most interesting things we see in nature that really doesn’t require fancy equipment or great preparation," Lattis said.

During partial eclipses — which is effectively what Wisconsinites will see Monday — you may notice crescent-shaped shadows. This is because the shape of our light source, the sun, is changing from a full circle to a crescent, Lattis said.

3. You Can Use Your Smartphone Camera

Using your smartphone camera to photograph the eclipse won’t damage your phone, but the photos are unlikely to turn out well.

"If you’re in an elevated area (like a bluff or outcropping overlooking a valley) where the horizon is pretty distant, then there’s a fair chance that you’ll see the oncoming umbra. It starts out as a distant spot on the horizon, then you see the dark spot get wider," Lattis said.

Out at sea, the oncoming umbra is also highly visible due to the vast expanse of flatness stretching out towards the horizon in all directions, he said.

5. Everything Depends On Weather

If it’s cloudy, you won’t see anything, even in the path of totality.