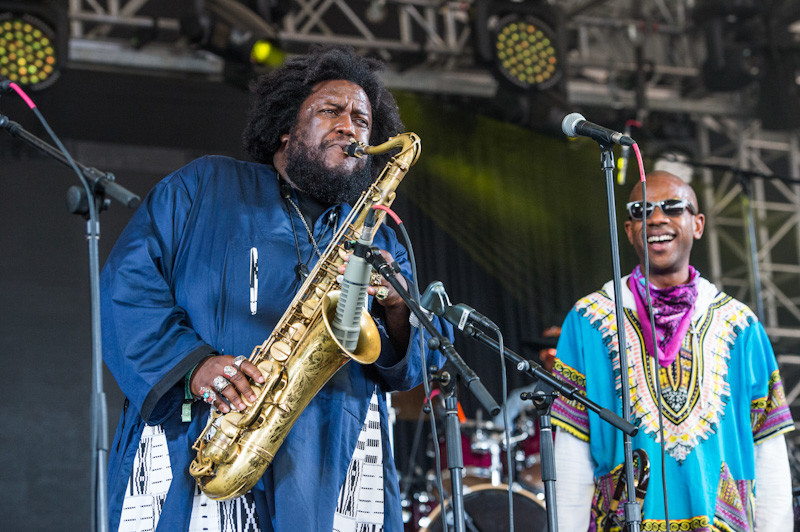 As 2018 is winding down, two obvious music trends stand out to 88Nine Milwaukee Music Director Justin Barney: the year was dominated by female songwriters and there's a renewed love for pop music.

And 2018 was a good year in music, he said. So good, that Barney also sympathizes with the feeling of being overwhelmed by all the great music produced.

"One thing I think of every time this time of year is that it's my job to listen to music and I constantly feel like I'm behind the eight ball, like everyone knows something that I don't," he said.

Everyone's list of best music is personal, but Barney offered five of his favorite albums this year — two from local Wisconsin artists — to help guide you along your way.

"This album came out in the middle of the year and I listened to it and was like this is solid," he said. "At the end of the year I took another listen and it was just like every single song was so heavy hitting, every sentiment was a bit nuanced, all of the songs had an original thought in them."

Barney talked to Dacus about his favorite song on the album "Night Shift," which he says is actually two songs in one, beginning as a ballad then morphing into a full on rock song.

"She was like, 'I was writing about this relationship and I got halfway through it and I was like, I'm frustrated and angry about this too,'" he said. "And then in that part you hear the guitars come in ... and there's something really satisfying."

"Nobody is having more fun making music than Superorganism," Barney said. "I saw them play in four different states this year because they are that amazing."

The indie-pop band started when lead singer Orno, an 18-year-old from Japan who goes to high school in Maine, saw Australian band The Eversons on YouTube. She then saw them in Tokyo, connected over Facebook, asked them to send her tracks — which she recorded vocals over in a single afternoon — and Superorganism was born.

"Heaven and Earth" By Kamasi Washington

"It's rare to catch a musician who is literally the biggest musician in his genre, literally and figuratively," Barney said. "The way that the instruments come in, it just kind of rises and you might want to check your feet ... because you might be floating after a minute of listening to his songs."

Often cited as the best jazz musician of this generation, Kamasi Washington released his sophomore album in June, but it’s really like two albums in one, each side — heaven and earth — run for over an hour.

"NORF: The Legend of Hotboy Ronald" By Lorde Fredd33

His debut album, "NORF" is all about Lorde Fredd33’s experiences from a life spent as a black man on Milwaukee’s north side — from the crime in the area, to relationships with police officers and being a father.

Another Milwaukee native, Abby Jeanne’s music often feels like it’s straight out of the 1960s pop scene. Her new album, "Music Box Dancer" is inspired by the music box at HiFi cafe in Milwaukee where she spent years as a barista.

"She's got a voice, when you hear it you hear a lot of weight behind it," Barney said. "She's just got an amazing voice, writes amazing songs and we hope the world grabs onto her like Milwaukee has grabbed onto her."