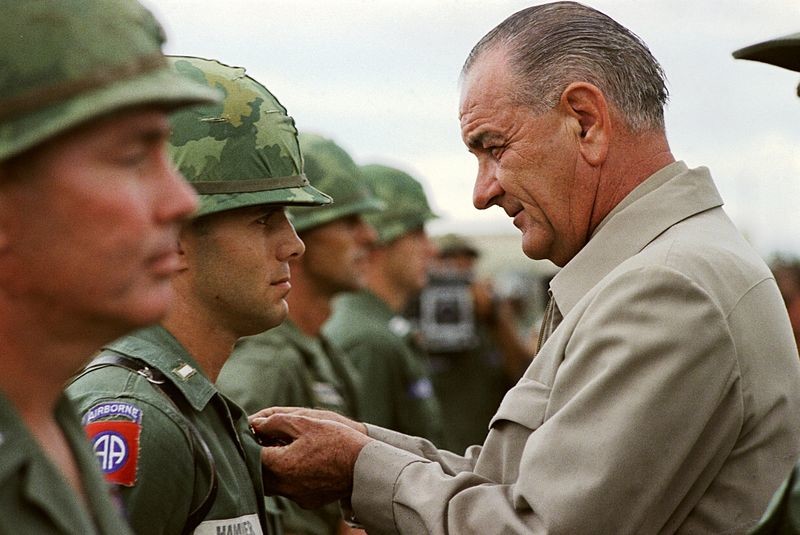 Fifty years ago last week, President Lyndon B. Johnson signed Medicare into law — a milestone that's renewed debate about the legacy of the man who led Americans toward "the Great Society" and deeper into the Vietnam War.

In his latest book, "The Fierce Urgency of Now: Lyndon Johnson, Congress and the Battle for The Great Society," Julian Zelizer, professor of history and public affairs at Princeton University, dispels the nostalgia for the period and unpacks one of the most transformative agendas in American political history since the New Deal.

"It's a pretty remarkable push, for all its limits and flaws, to deal with issues ranging from inequality to middle-class security to racial injustice," said Zelizer. "There was a boldness and vision ... to tackle all these questions which had been basically insurmountable. A lot of progress was made."

During his presidency, which began immediately after the assassination of President John F. Kennedy, Johnson passed what Zelizer called an impressive amount of legislation, especially considering staunch opposition from Republicans regarding many of the reforms.

But with a Democrat-controlled Congress and growing pressure from civil rights and religious groups calling for changes, much of Johnson's agenda eventually became law.

Johnson would go on to pass the Voting Rights Act, Medicare and Medicaid, the War on Poverty, and Head Start. He also signed into law bills for food stamps, immigration reform, clean air and water, and federal funding to arts groups and public radio.

"It’s really a sweeping and transformative moment in domestic policy," Zelizer said. "But I’d also say Vietnam was there too — it was also Johnson’s decision. And the same kind of political strategy and political instincts that led him to make very good decisions on how to pass domestic legislation also led him to Vietnam."