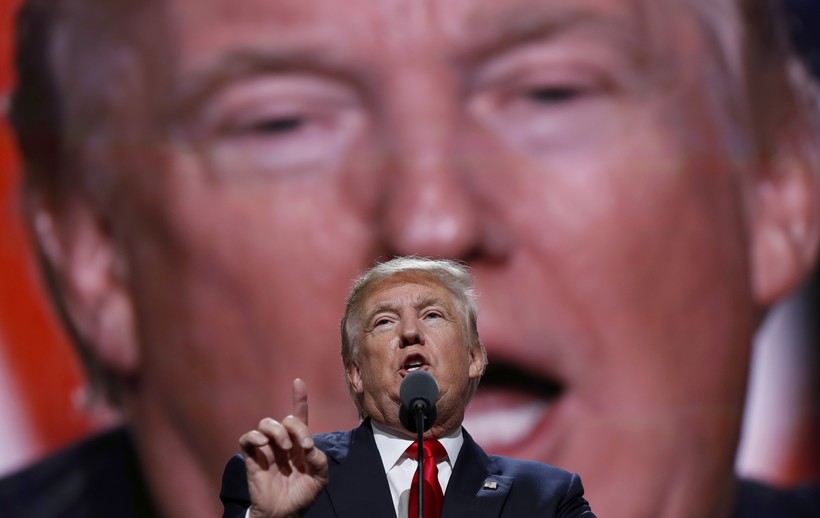 Some Skeptics Warm To GOP Presidential Candidate But Not Conservative Radio Host
By Shawn Johnson
Share:

Priebus: Trump's Task In RNC Speech Is To Look Presidential

The Republican National Convention wrapped up in Cleveland on Thursday night, culminating with Donald Trump accepting the GOP presidential nomination. For Trump, it was a last shot at trying to unify Republicans in states like Wisconsin, where there’s been significant pushback to his candidacy.

Here are four takes from Wisconsin conservatives who were in the arena where Trump spoke.

Gov. Scott Walker has become Wisconsin’s most visible and vocal Donald Trump surrogate, which is saying something for a guy who just a few weeks ago wouldn't even mention Trump by name.

Walker said Trump needed to lay out a plan to Americans on Thursday night, and he did.

"I think Americans were looking for detail," Walker said. "They’ve heard him talk about how to make America great again. Tonight, they heard how he’ll do that."

Trump used part of his speech to focus on trade, saying he will end trade deals that he thinks treat America unfairly, possibly including NAFTA. That clashes significantly with traditional GOP allies like the Chamber of Commerce, but Walker said it didn’t mean Trump’s views were now the de facto positions of the Republican Party.

"You’ve had in other campaigns with other candidates, individual nominees, stake out specific positions that other Republicans may not have," Walker said. "But overall, I think Republicans like the plan that was laid out tonight, and I think Americans will like it."

The governor was also fine with Trump’s nod to the LGBT community in Orlando even though Walker supported Wisconsin’s now-overturned constitutional amendment that banned gay marriage.

Part of Trump’s remarks sounded remarkably similar to a line from Walker’s stump speech about the dignity of hard work.

"I think the more he talks about that, the better off he’s going to be," said Walker.

Don Taylor chaired Waukesha County’s Republican Party for three decades. Other Republicans in southeast Wisconsin might yet be skeptical of Trump, but after Thursday night’s speech, Taylor was sold.

"I didn’t know Trump in the beginning, and I really didn’t have a strong choice," Taylor said. "But as the campaign went on, he just emerged better and better. The convention has been the clinching point for me."

"I thought the speech hit all the right buttons," Taylor said. "I think it’s a message all Americans should hear."

Like Walker, Taylor downplayed the significance of Trump’s position on trade, saying it wasn’t necessarily out of step with traditional GOP values.

"Depends on what the trade deal is, I guess. We want to have trade deals that favor the United States or at least are neutral," he said.

Taylor was also OK with Trump’s comments on protecting the LBGT community.

"I thought that was fair enough. We’re all Americans," Taylor said.

Charlie Sykes came to Cleveland as an outspoken critic of Donald Trump. Nothing he saw or heard from Trump this week changed that, he said.

"It’s been a very long time since I’ve been inspired by a political speech, and I guess it’s going to be a bit longer," Sykes said, as he left the arena where Trump spoke.

Sykes said conservatives had traditionally viewed America as a "shining city on a hill." Trump’s vision of America, Sykes said, was much darker.

"Ronald Reagan always talked about unleashing the creative powers of the American people," Sykes said. "In Donald Trump’s America, the federal government solves every problem, and it’s solved by the decisions of the ‘Maximum Leader.’"

Sykes conceded that he thought the speech would be very effective for Trump and that it hit on issues that resonate with voters in 2016. But he said Trump’s proposals were especially light on details.

"For example, on day one, he ends crime and violence," Sykes said. "You sort of wonder how you accomplish some of it."

Sykes acknowledged that Trump’s speech was well received in the convention hall. He didn't sound happy about it.

"I think this really marks the complete capitulation of the Republican Party to ‘Trumpism,’" Sykes said.  "Between what happened last night to Ted Cruz, who talked about freedom and the Constitution and Donald Trump presented his vision. This convention which booed Ted Cruz off the stage 24 hours ago obviously liked this message."

There was a time just a few months ago when Van Mobley may have been the only elected official in Wisconsin to openly support Donald Trump. He suddenly has a lot of company.

"I thought it was a great speech delivered with a lot of force and determination," Mobley said. "I think it will carry him to victory."

Mobley said Trump hit on a lot of issues that resonated with him.

"I like the law and order a lot," Mobley said. "I like the trade policies and job policies. He talked a lot about infrastructure. I think he hit all the points that he needed to do, made it clear that he was going to be working for the American people."

Mobley said he didn’t think Trump needed to do or say anything different to reach out to Wisconsin Republicans who are not yet onboard with his campaign.

"I think that for all intents and purposes they’ve already come around, and if they haven’t, they will very soon," Mobley said. "I mean there will always be a few exceptions. Charlie Sykes for example. Charlie Sykes needs to straighten up or he’s going to get run over."